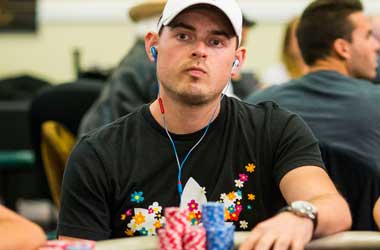 The 2018 Aussie Millions came to an end this week after the Main Event was won by British poker pro Toby Lewis.

The biggest poker tournament in the Asia Pacific region attracted poker players from all over the world and the Main Event which is the highlight on the Aussie Millions saw a record number of 800 poker players sign-up.

This was the first time in over two decades that 800 poker players had signed up for the Main Event and this is further proof that the Aussie Millions is now the most popular poker tournament in the Asia Pacific region. The players fought long and hard to make it to the final table and in the end only World Poker Tour title winner Michael Del Vecchio, Stefan Huber, Ben Richardson, Johan Schumacher, Espen Solaas and Chul-Hyon Park were through.

Lewis had an advantage going into the final table as he was the chip leader and his only real competition was going to be Del Vecchio. The British poker pro has been putting in a lot of effort into improving his poker strategy and that paid off well for him in the Main Event.

In a statement, Lewis said

It's probably the least amount I've ever felt heading into a major final table. I've been working really hard on my game lately, more than ever. I just felt really comfortable. I had an understanding of the players I was playing against. I tried to stay off social media as much as possible and tried not to hype myself up too much.