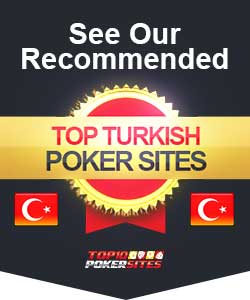 Poker aficionados and even those with merely a passing interest in the game will likely be befuddled by Turkey’s relationship with poker. On the one hand, the game is extremely popular among large segments of the local population. On the other hand, poker and most types of gambling are strictly not allowed in the country.

Gambling is of course a hugely popular pastime in most parts of the world, and Turkey is no exception. Gambling games have been played in the country for thousands of years, and casinos were in fact legalised in the 1980s. But by the time the 1990s came around, gambling had been decreed illegal, and hundreds of casinos and gambling establishments were forced to close down as a result.

Further adding to the intrigue and to the irony is the existence of a poker variant that is Turkish in origin.

Aptly named Turkish poker, it is based on five card draw poker, but played with a shortened deck and with some differences with regard to the ranking of winning hands. That there is even such a game as Turkish poker while most forms of gambling are illegal in the country is truly one of the great mysteries of the poker world.

To be sure, there are countless underground poker rooms located all throughout Turkey. But many of these are quite shady operations that most foreigners–and even locals–wouldn’t want to be caught playing in. Given the risks involved in playing in such establishments, it seems that poker players have little to no options for playing their favourite game.

As mentioned previously, gambling was legal in Turkey as recently as the 1980s.

Although the country is now considered a secular state, many of its laws and traditions still bear vestiges of Islamic culture. This is especially apparent in the case of gambling, which is strictly forbidden according to local law.

One of the most significant events in the recent history of gambling in the country is the assassination of Ömer Lütfü Topal in 1996. Known as the “Casino King”, Topal was a convicted drug trafficker and money launderer who later made his fortune in the casino business. The controversy surrounding his life and subsequent death was such that the Turkish government was moved to tighten the gambling laws in the country. By 1998, all forms of land-based gambling had been outlawed.

In the wake of the ban on land-based gambling, a number of online operators began offering access to Turkish players. The online industry was left unchecked throughout the next decade, before it too was banned by the government.

Is poker legal in Turkey?

Poker and other types of related gambling games have not been legal in Turkey since 1998. Because of their association with money laundering activities, all casinos and gambling establishments were banned by the Turkey government.

In 2013, the government saw fit to crack down on gambling even further, this time targeting online operators.

Although Turkish players had been able to play online in the years prior, this too came to an end with the increasingly stricter regulations passed in 2013.

What is interesting to note is that many operators abroad continued to provide access to players from Turkey, even though the government expressly forbade it. Along with increased penalties for gambling-related offences, the law also targeted players that accessed these online services. This type of restriction is quite unique in that hardly any government around the world has actively sought to prosecute players, focusing their efforts on operators instead.

At present, the only types of gambling that are allowed in Turkey are horserace betting, sports betting, and the national lottery.

Because it is illegal to play in an online gambling site that is not approved by the government, very few foreign online casinos and card rooms allow access to players from Turkey. In fact, if you look at many casinos, Turkey is likely to be one of the countries that are on the “not accepted” list.

Sanctions for playing on online casino sites and card rooms include hefty fines and even possibly jail terms. Although there is no readily-available information on Turkish citizens having been prosecuted for engaging in such activities, the fact that the law is so clear on the matter should serve as sufficient deterrent for playing poker online from Turkey.

Laws And Regulations In Turkey

Under Turkish law, poker falls under the category of “games of chance”, which makes it strictly forbidden. This and other definitions that constitute gambling are outlined in the Turkish Criminal Code. Basically, any activity that meets this definition is prohibited. Games of chance are subject to Decree No. 320 regarding National Lottery Administration and the Regulation on Supervising Games of Chance.

There are various other laws that apply to gambling and betting activities. These include:

Depending on the specific circumstances, poker and other types of gambling activities may be subject to one or more of these laws, in addition to the Regulation on Supervising Games of Chance.

All legal forms of gambling–lotteries, games of chance and social games–are subject to regulation by the Ministry of Finance and the National Lottery Administration (Milli Piyango İdaresi).

These government agencies are responsible for the administration, monitoring, and supervising of games of chance and horserace betting.

Licenses for establishments that wish to offer games of chance are granted by Turkey Wealth Fund. This is in conformance with the Decree Law No. 680 passed by the Council of Ministers in January 2017.

Turkish Poker Players To Watch Out For

Poker may be banned in Turkey, but that hasn’t prevented the country from producing some of the most exciting players on the global circuit. Players such as Orpen Kisacikoglu, Akin Tuna, Onur Unsal, Ahmet Ucali, and Ozgur Arda may not be able to freely play their favourite game in their native country, but they have certainly performed admirably on the world stage in some of the biggest and most respectable tournaments in the poker world. 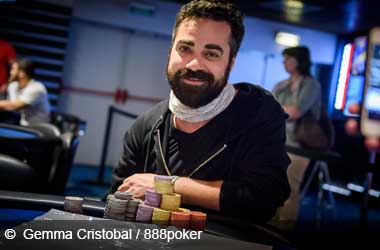 One of the most celebrated Turkish players on the global arena, Kisacikoglu has earned more than $1.6 million in various live events. His best live cash earnings were $220,695, and he is 1,015th on the All-Time Money List.

He is also number one in the All-Time Money List of Turkey. 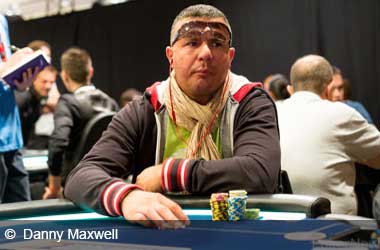 Akin Tuna has earned a total of $526,448 in live events throughout his career.

He is also number nine in the Turkey All-Time Money List. 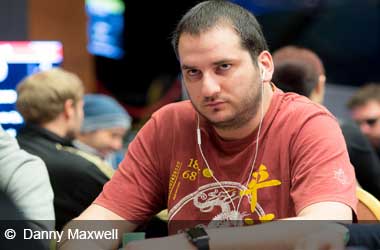 Despite having produced some fine poker players and even having a local variant of the game achieved popularity in other parts of the world, prospects seem dim for the legalisation of poker in Turkey.

That being said, quite a few countries have moved from strict regulation and even outright bans to more tolerant policies toward gambling. Although the Turkish government isn’t likely to allow poker and other types of games of chance any time soon, the prospect of added revenue might just prove to be a mitigating factor in the future.

FAQs when playing poker in Turkey

Are gambling debts enforceable in Turkey?

Because gambling in Turkey is illegal, any debts incurred while gambling are not enforceable. Even with the presence of commercial papers or some other type of negotiable instruments, these cannot be enforced according to law.

What taxes apply to approved forms of land-based and online gambling?

Cash prizes won from regulated games of chance–lottery, numeric games, instant-win games, and social gaming–are not subject to taxes, or any form of levies or charges.

Are there any further developments expected that may affect the future of poker and gambling in Turkey?

In January 2018, the Minister of Finance, Naci Agbal, revealed that further regulation will take place in 2018 with the goal of providing a more equitable environment between operators of chance-based games and betting operators. All indications point toward the maintenance of high taxes levied on gambling operators. There is little to suggest that these and other developments will result in the legalization of poker any time soon.