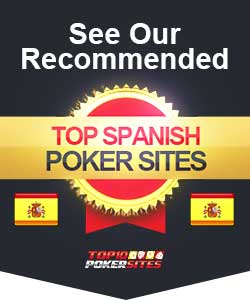 Given the Spanish reputation for being a laidback and easygoing people, it may come as a bit of a surprise to know that gambling is actually quite popular in the country.

In fact, estimates place Spain as the third highest in the world when it comes to spending money on gambling, with more than €2 billion at last count. When you consider that there are more than 40 casinos to be found all over the country, the Spanish predilection for gambling becomes more understandable.

Spanish casinos encompass a wide variety of establishments, catering to most every budget and preference. Among the classic casino and table games available in these establishments, poker ranks high on the list of local favourites.

From cash games to extended tournaments, Spanish casinos cover the range of traditional and novel new variants. There is even a local version of Omaha known as “Synthetic Poker”, which most any player worth his chips has undoubtedly played many times.

For many years, the gambling industry in Spain existed under pretty relaxed laws and regulations. More recently however, the government has undertaken measures aimed at tightening regulation on the industry.

The first laws that dealt with the online gambling industry were enacted in 2006. However, these laws pertained only to online betting. Slots and card games–along with poker–remained illegal as far as the Spanish government was concerned.

Even so, the existing laws and regulations continued to be updated and amended. By 2010, the government made a decisive step toward establishing a more definitive set of guidelines for regulating the gambling industry. This paved the way for the Spanish Gambling Act, which was passed in 2011. As a result of this law, online poker and other games that were previously illegal were now allowed.

One of the consequences of the passing of the Gambling Act was that players in Spain were allowed to play only on sites with the domain “.es”. As a result, many Spanish players were unable to compete on the international arena. Subsequent regulation passed in 2013 resulted in the relaxing of this restriction, enabling Spanish players to compete against players from France and Italy, among other countries.

Is poker legal in Spain?

In Spain, poker is legal in state licensed casinos and card rooms. Online poker is also legal, with the country being the third in Europe to legalize online gambling after France and Italy.

As defined by Spanish law, the term “gambling” refers to any type of activity in which there is an exchange of money or items of economic value depending on an unknown and future result.

This definition applies to games wherein luck, chance, or the player’s skill has an effect on the outcome. Any and all games that conform to these criteria are subject to legislation.

Because they commonly do not involve cash or prizes of economic-value, social games are not subject to gambling legislation.

Laws And Regulations In Spain

The main of course of legislation that governs gambling in Spain is the 2011 Spanish Gambling Act (Law 13/2011).

This law is the result of a period of deliberation and amendment prior to 2011. Much of the law initially involved the establishment of new regulations that applied to online poker and sports betting among other activities.

As mandated in the Spanish Constitution, the responsibility of regulating the local gambling industry is divided between the central State and the Autonomous Regions (Comunidades Autónomas) of the country. Each individual region is tasked with regulating and authorising gambling activities within its boundaries, and to collect taxes. Supervising private and public gambling activities are also handled on a regional level.

Gambling activities that span across the country are handled at the state level. These activities fall under the responsibility of the Ministry of Finance and General Government. Under this body is the Dirección General de Ordenación del Juego (DGOJ), which is tasked with regulating, authorising, and supervising gambling-related activities. In essence, the DGOJ is responsible for private and public online gambling activities that encompass more than one region.

Legal Age To Gamble In Spain

The minimum age for gambling in Spain is 18 years old.

This applies to all regions of the country.

Some of the highest profile poker tournaments in the world have been played in Spain. At different times, Barcelona has been the site of the European Poker Tour and the World Poker Tour.

In addition, there are also events and tournaments of varying sizes that take place in the city, as well as in other parts of the country. One of the most popular of these is the Estrellas Poker Tour, a PokerStars series of events that that take place all over Spain.

Spanish Poker Players To Watch Out For

Spain has produced quite a few excellent poker players over the years, some of whom have performed impressively on the world stage. Two such players are Adrián Mateos Díaz and Marti Roca de Torres, both of whom have garnered acclaim in their native country as well as abroad.

Having made a strong showing from an early age, Adrián Mateos Díaz still has his best years ahead of him. He was only 19 when he won the 2013 World Series of Poker Europe Main Event, bringing home a cool €1 million.

Díaz followed up these victories in 2015, with a win at the European Poker Tour Grand Final in Monte Carlo. This achievement made him the first EPT champion from Spain, and earned him €1,082,000 besides, also in 2018 he won Winamax SISMIX tournament. By the time he was 22 years old, Díaz had already won three WSOP bracelets. Throughout his career, he has won more than $15 million.

Formerly a teacher of economics, he was born in Barcelona and lived in Mataró when he won the World Series.

Spanish players that wish to play poker online may make deposits and withdraw winnings via the following methods:

Financial transactions in Spanish casinos and card rooms are conducted exclusively in Euros.

Spain is one of the few countries in the European Union wherein you may engage in most forms of gambling without fear of being in violation of local laws. This obviously applies to poker as well, so feel free to enjoy the many opportunities to play your favorite game in whichever part of the country you are fortunate enough to visit!

FAQs when playing poker in Spanish

What is the most significant result of the passing of the 2011 Spanish Gambling Act?

When the 2011 Spanish Gambling Act (Law 13/2011) was passed in 2011, more than 50 operators were granted licenses to operate gambling facilities in the country or to offer gambling services to Spanish online customers. However, one of the prerequisites of the license was that operators would have to host their servers in Spain. These online gambling establishments subsequently had to use domain names that ended in “.es”.

Are Spanish players free to play on any online gambling site they wish?

Under Spanish law, gamblers living in Spain may play only on sites with “.es” domains.

If a player has an account in an online casino that has more than one domain name, he or she will have to sign up for a new account in the “.es” domain in order to be able to play from Spain legally.

Is it possible to transfer funds from a previous account to a new account in an “.es” domain site?

Any funds in an account in an online casino that is registered in another domain cannot be transferred to an “.es” domain account. Players that find themselves in this situation are advised to withdraw the funds from their previous account and to deposit them into their new account.

Are there any specific requirements for travelers that wish to gamble from Spain?

If you live in Spain but do not have a Spanish ID number, you will be required to provide a copy of your photo ID and a copy of a utility bill. These will serve as proofs of identity and address.