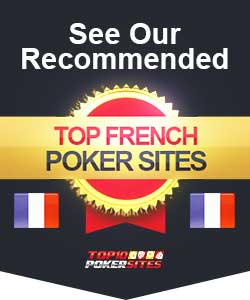 It is interesting to note that France doesn’t always come up when the subject of poker is discussed. The country actually has a long history of card games, and it has even been claimed that poker was invented there!

A traditional French game known as Poque bears many similarities with modern poker, and the similarity in name alone is fairly obvious.

The French have had a long and intimate relationship with gambling dating back to hundreds of years ago. It was actually in France where the Queen was added to the familiar deck of playing cards, a development which occurred in the 1500s.

Fast forward hundreds of years later, and France took its first decisive steps toward the legalization of remote gambling. It was in 2005 when the European Commission first began investigating the gambling industry in France in earnest, and the stage was set for an amendment of existing gambling laws.

After serving notice to the French government in 2006, the Commission definitively requested a modification of existing gambling laws in the country in 2007 with the goal of closer conformance with EU law. The end result was a 2009 bill which effectively opened up the French gambling market to other European interests.

The road to legalization hasn’t been easy. Criticisms were voiced as to the unfavourable conditions imposed on new gambling operators, as compared to the regulations for existing state-owned companies.

In any case, the government made the decision to legalize online gambling in France just before the World Cup 2010. Within the first month, more than 1.2 million accounts were applied for and obtained on various government-licensed sites. More than €83 million in revenues were generated during this period, which was more than double the amount generated during the same period in 2009.

Is poker legal in France?

Poker–as with most types of gambling–are legal in France, although such activities are subject to strict regulations. In land-based casinos and card rooms all over the country, you will be able to play poker and a host of other casino-type games without fear of legal consequences.

France is actually home to some of the most famous land-based casinos in the world, most of which have poker in addition to other card games. Poker has been deemed to be a game of skill rather than a game of chance, so there is no legal impediment to playing the game if you stick to the licensed casinos and card rooms.

Online gambling has been legal in the country since 2010 as well. France legalized online gambling as well. As with most other countries, it is best to stick with duly-licensed online casinos when playing poker from France. In particular, the online casino you play in should be licensed by ARJEL, the French gaming authority.

Laws And Regulations In France

The primary law dealing with gambling and the gambling industry in France is Law No 2010-476, more commonly known as the French Gambling Act. Passed in May 2010, the law regulates both land-based and online gambling.

Under French law, licenses may be applied obtained for the three types of online gambling, one of which is for the operation of online poker games.

Other agencies may also exercise regulatory powers over the industry, among them the French Competition Authority (ADLC), the CSA (An Independent Authority to Protect Audiovisual Communication Freedom) and the CNIL.

Legal Age To Gamble In France

The minimum age for gambling in France is 18 years old.

The WPT Amneville is held at the Amnéville Municipal Casino.

The EPT Deauville is held in Deauville Resort in Normandy. In 2012 during the ninth season, the tournament was merged with the France Poker Series. More than 40 poker tournaments were then, taking place over the course of ten days.

French Poker Players To Watch Out For

France has produced quite a few excellent poker players, many of who occupy top spots in the global rankings. Some of the finest French poker players are: 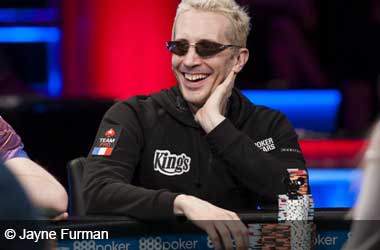 He is a 2011 WSOP bracelet winner, and a member of Team PokerStars Pro. Over his career, he has won more than $8.4 million in various tournaments. 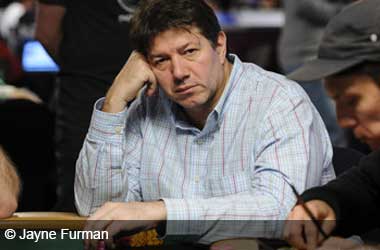 Benyamine has racked up more than $6.1 million in career tournament earnings.

Benyamine is a member of Full Tilt Poker Red Pro. 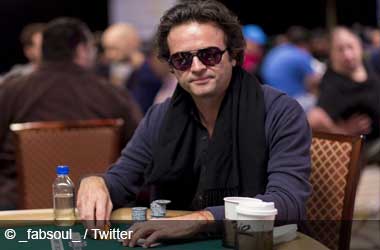 Soulier has won more than $3.2 over his tournament career. A 2011 WSOP bracelet winner, he has made to the WSOP final tables five times.

He has also made it to the final tables on the WPT, and in the Partouche Poker Tour Main Event. Soulier is sponsored by Everest Poker.

Among the banking methods available to poker players from France are:

Instant banking is also a popular option for funding online accounts, particularly with casinos that are officially-approved by the French government. Most online poker players in the country simply use e-wallet services in order to avoid potential problems with blocked payment methods.

The official currency of France is the Euro. This is commonly accepted in land-based casinos and card rooms as well as in online established catering to the French market.

Even with the somewhat strict regulations imposed on the gambling industry in France, there are certainly much worse places to play poker in Europe. Licensed casinos and card rooms can be found all over the country, and there are a handful of online options available as well.

It is also worth noting that other types of gambling such as horserace betting and sports betting seem to have grown and expanded over the past few years. This might just point toward even more tolerant policies toward gambling in general, which could only result in more opportunities to pay poker legally in the country.

Where are the best places to play live poker in France?

There are many land-based casinos with poker tables in France. Among the most popular are:

Is it legal to play online poker from France?

You may play online poker legally in any one of the online poker sites licensed by ARJEL, the French gaming authority.

Where are the best sites to play online poker from France?

Playing in a duly-licensed online poker site is the best way to ensure a safe and secure experience in France. Among the recommended sites are: