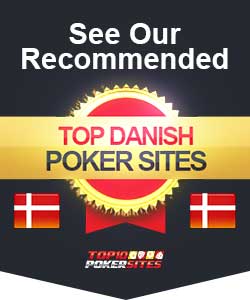 Among the Scandinavian countries, Denmark has an especially close relationship with poker. The internationally popular game has truly found a home in the country, regardless of its somewhat murky legal status.

Here we cover some of the issues pertaining to the legality of poker in Denmark, its local history, and some of the top players and tournaments.

Although poker has achieved a fair degree of popularity among the Scandinavian countries, Denmark could well be said to be its spiritual centre in this part of Europe.

Denmark was where poker really took hold, due in large part to the international success of Gus Hansen.

To be sure, poker had already begun spreading throughout the country even before the world had heard of Hansen. But it was still pretty much an underground phenomenon until Hansen helped bring it into the mainstream.

An aggressive and versatile player, Hansen came to prominence in the early 2000’s with a series of stunning tournament victories. These early victories aptly displayed Hansen’s loose and aggressive playing style, and helped changed the face of tournament poker.

Is poker legal in Denmark?

As in many Scandinavian countries, the legality of gambling in Denmark is somewhat ambiguous. Local laws and regulations tend to be quite convoluted, and it can be difficult to determine whether or not you are playing within the bounds of the law.

At present, the Danish government is still considering whether online poker should be banned or legalized.

Although players in the country are generally able to play without fear of persecution, there is still a certain degree of risk involved.

In general, playing in the most reputable and well-established poker rooms provides the safest experience. Many players also circumvent the legal issues by playing in private games exclusively. Most such games are legal provided that no house rake is taken or the house isn’t making a substantial profit.

Laws And Regulations In Denmark

All types of gambling in Denmark are subject to regulation by the Danish Act on Gambling. The Act groups games into the following categories:

Any skill game, fantasy game, society game, or e-sport that falls under one of these categories will also be subject to the Gambling Act. The Act is supplemented by a number of Executive Orders, each meant to address specific scenarios or circumstances.

Some aspects of gambling may also be subject to the Danish Marketing Practices Act. This Act supplements marketing provisions in the Danish Gambling Act.

The primary regulatory body for the gambling industry in Denmark is the Danish Gambling Authority (DGA). Known in the vernacular as Spillemyndigheden, this is an independent agency under the Ministry of Taxation. Online casinos and poker rooms licensed to operate in Denmark typically display the DGA logo prominently on one of their pages.

Legal Age To Gamble In Denmark

Most Danish casinos and online establishments that accept Danish players have a minimum age requirement of 18.

There are also a number of smaller casinos and poker rooms that regularly hold tournaments for Danish players. One of these is Everest Poker, which caters mainly to the Danish market.

In addition, there are land-based poker rooms in Aarhus and Copenhagen, where tournaments are held throughout the week.

Danish Poker Players To Watch Out For

Denmark has produced a string of very impressive players over the years, with names such as Theo Jorgensen, Peter Eastgate and Lars Bonding heading the list. Along with these are players such as Philip Hilm, Jesper Houggaard, Allen Baekke, Jan Sorensen and Mads Andersen who have carved out their own reputations in the Danish and global poker scenes.

The Dane that truly placed the country on the international poker map is Gus Hansen. The holder of seven WSOP bracelets, Hansen has achieved great success in some of the biggest tournaments around the world.

Largely because of his accomplishments, Denmark shares a 7th place tie with Russia in the all-time country list.

Four-time winner of World Poker Tournament. Won the WSOP bracelet at WSOP Europe 2010. One of the most successful high-stakes players in history.

For making deposits and withdrawing winnings, the following methods are available to poker players in Denmark:

The official currency, the Danish Krone, is the most commonly accepted currency in casinos and poker rooms. Many establishments also accept the Euro, and in some cases, even the British Pound and US Dollar.

Although the best years have come and gone for Hansen and the other players of his generation, poker is still a long way from falling out of fashion in Denmark. In fact, as more and more new players continue on from where the legends of yesteryears left off, it is apparent that there is still life left in the game. New talents are still emerging from the fold, and this is expected to continue on into the future. While countries such as Sweden and Finland command the lion’s share of attention in the press as far as Scandinavian poker goes, you can bet that Denmark–and Danish poker players–will never be far behind.

Are poker winnings subject to taxes in Denmark?

All poker rooms licensed to accommodate Danish players pay taxes to the Danish government. Any winnings and bonuses you earn are therefore free from taxes.

Are there any special considerations when signing up for a Danish online poker site?

One of the requirements to being able to register at a Danish online poker room is to have a CPR number. The personal information you provide upon registration should be the same as the information associated with your CPR number. Otherwise, you may be denied registration or your account may be closed.

You will also need to have a NemID, which you will have to use for logging into your poker room account within the first 30 days after signing up. Failure to comply will result in your account being closed.

Are there any specific requirements for online poker players who move to Denmark?

Some online casinos and poker rooms based in Denmark require existing account holders to create a new account if they are moving to Denmark. Not all establishments require this, so check beforehand if you will be able to continue using your existing account.

After setting up a new account in Denmark, can I avail of the sign up bonus again?

Some online poker players that have set up a new account from Denmark report being able to avail of a welcome or sign up bonus a second time. Keep in mind that not all casinos will allow this.

Are poker players in Denmark able to play at non-Danish poker sites?

Some casinos and poker rooms will not accept Danish players due to restrictions imposed by Danish law. Even if you are able to sign up for an account, there is a good chance that your account will be closed sooner or later, possibly even without warning or further communication.

In most cases, Danish players get the same bonuses offered to players all over the EU. However, they may be of a slightly lower amount in some cases, and there may be additional requirements for claiming them.