Zynga Poker Hit By Bots, Maybe Practise For Other Attacks?

Zynga Poker Hit By Bots, Maybe Practise For Other Attacks? 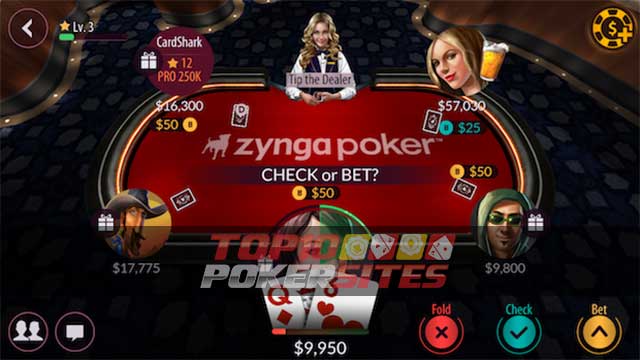 There are reports that play money website Zynga Poker has been invaded by bots, affecting millions of its users.

Reports suggest that the Zynga Poker website was compromised more than 12 months ago but nothing much was done to address the issue immediately.

As a result, things have gone from bad to worse for the free money poker site and is reported to be one of the reasons for the decline of Zynga Poker. The online poker room is now finding it difficult to track the total number of users involved in the bot activity, which suggests that the problem has become very widespread.

The issue was revealed during a conference call discussing Zynga’s Q4 and 2018 year-long financial results. The presence of bots was highlighted as among a number of issues underpinning the online poker giant’s weak performance for the whole of 2018.

The volume of player activity increased in December 2018, making it impossible to determine the number of active users playing. This increased player activity from desktops cannot be considered legitimate play as it is most likely the result of bots. The malware appears to be highly sophisticated, giving Zynga a hard time in distinguishing bots from the real players.

Speculations that bots have spread into the website began circulating several months ago when a user on Reddit’s poker community posted screenshots of highly unusual activity going on at the online poker room, including low-level players entering the games but not playing any hands. This is despite the company’s fair play policy which strictly prohibits the use of automation software or bots. Zynga also does not allow bots to play against real users.

Is Zynga A Testing Ground?

It is unusual for bots to be targeting a free-to-play website like Zynga Poker when they can instead go after real money poker sites out there in the market.

Maybe it has something to do with the fact that while Zynga is a “freemium” product and still generates millions of dollars a year, even surpassing the revenues generated by some of the popular online poker websites.

There are also rumours that bots may have been deployed to test the effectiveness of the Zynga website as a practice run before it is launched against real money online poker websites. One thing is clear, online poker websites must be on their guard and deploy the latest software technology to prevent them from being infiltrated by bots.