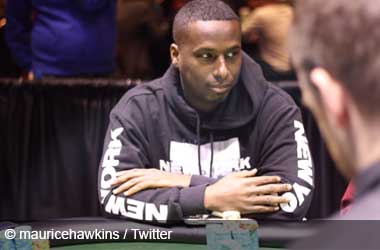 Maurice Hawkins has once again become the subject of a lawsuit in connection with a staking deal.

A poker backer called out the multiple World Series of Poker Circuit (WSOPC) ring winner for allegedly failing to fulfill his financial obligations worth more than $100K.

In a tweet, Randy Garcia warned the poker community against staking on Hawkins after the poker pro’s reluctance to pay the amount he owed to the businessman for two years.

PSA no one ever stake @mauricehawkins. He has owed me $103k for 2 years now. Have proof of him confirming this. Keeps saying to me “be patient” after he has cashed for over $1m yet still refuses to pay. Have filed a lawsuit against him. Please retweet this to help spread the word

Garcia, a restaurateur from North Carolina, said he tried to properly communicate with Hawkins and kept things privately between them but the American poker pro never bothered to show him any respect, leaving him with no choice but to take matters to the court.

According to Garcia, his connection with Hawkins began in 2017 during the WSOP Circuit. He entered into a backing deal with the poker pro as a way of continuing his involvement with the game despite his busy schedule as a businessman. In March of the same year, Garcia started to stake on Hawkins by funding him with a bankroll in exchange of 50% of his action.

Things went very well at first until Hawkins took part in a WSOP Circuit event in May where he placed third. After his deep run, the poker pro allegedly informed Garcia that he used up all of their bankroll playing blackjack as he was depressed and alone in a casino.

Garcia showed compassion and decided to provide him some additional funds so he could continue playing at the 2017 WSOP and give Garcia an opportunity to recoup some of his money. During that time, Garcia discovered that it wasn’t the first time that Hawkins got involved in a staking dispute.

Hawkins performed well at the 2017 WSOP, making the final table in two separate events. When Garcia flew out to Vegas to collect his 50% share, Hawkins only gave him a fraction of the entire amount to supposedly continue playing. Whenever Garcia would follow up, the player only told him to “be patient“. Hawkins went on to cash for almost $1 million for the last two years but still refused to pay.

The case was heard by a Circuit Court in Florida, with Judge Jeffrey Gillen ruling in favour of Garcia to the tune of $103,000. In total, Hawkins was ordered to pay $115,828.34, including prejudgment statutory interest worth $12,377.34 and courts costs.