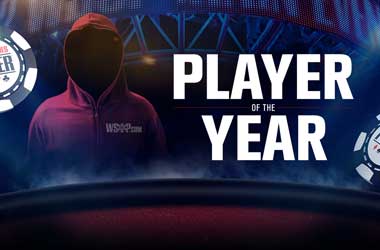 The World Series of Poker (WSOP) has announced that it will once again hand out the much-coveted Player of the Year (POY) award this year. The title goes to the player who finishes with the highest number of points at the end of the series.

The WSOP has been using a highly-successful points system in determining the POY each year, and 2022 is no different as the same formula will be adopted, though there are some minor changes in the leaderboard race and sponsorship, and the prizes on offer for the winner.

This year’s WSOP POY will only include the “open” events at the live festival in Bally’s and Paris in Las Vegas, as well as the online bracelet events running on WSOP.com in Nevada and New Jersey.

As usual, the points will be calculated based on the buy-in, the total number of entries, and the player’s finishing position.

The most notable change in the 2022 WSOP POY race is the cutback on the prizes to be awarded to the winner. The 2022 WSOP POY will receive a free ticket to the 2023 WSOP Main Event, alongside a unique trophy and a POY banner which will be hung at Bally’s/Paris in Vegas.

Last year, the WSOP gave away $50,000 in total cash prizes for the POY race which were split between the traditional POY leaderboard ($25K), and the No-Limits Velo leaderboard ($25K). This was made possible through the sponsorship of global modern oral nicotine brand VELO.

This year, however, it appears that VELO will no longer be a primary sponsor of the series, resulting in the reduced prizes for the POY race. The WSOP has yet to confirm this, but the fact that it has made no reference to VELO in any series-related announcements, online content, and press releases indicates that VELO’s sponsorship has come to an end.

Josh Arieh won the 2021 WSOP POY and it will be interesting to know if he gets to defend it this year and become just the second player to win two POY titles in the history of the series, a record currently being held by Daniel Negreanu who won the award twice in 2004 and 2013.