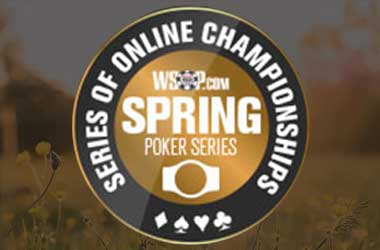 WSOP MI is very new in the Michigan poker market and is not wasting any time in making a splash.

WSOP MI is offering massive prizes and WSOP trophies in its latest tournament.

While players are currently battling it out in the first WSOP MI Online Circuit Series, the operator has announced yet another major tournament series this spring.

The WSOP Spring Online Championships will kick off on May 1 with more than $700,000 in guarantees up for grabs. The series is headlined by the Main Event where the winner takes home an exclusive WSOP Championship belt.

The upcoming festival is much bigger than the ongoing series in terms of schedule and the guaranteed prize money on offer. All in all, there are 46 events to choose from accommodating all types of players, with buy-ins ranging from $10 all the way up to $1,000.

The schedule features a variety of formats and structures, such as deep stacks, progressive knockouts, 6-handed, turbos and many others.

The rest of the tournaments are scheduled in a similar manner with at least three events running each day covering all stakes – low, medium, and high. The biggest prizes are awarded during the weekend.

The series culminates in the Main Event which comes with a $215 entry fee and a huge $150,000 guarantee. The tournament will be played in the popular progressive knockout (PKO) format, with half of the buy-in going to the prize pool and the remaining half going to the player’s bounty.

Every time you bust an opponent, half of their bounty is yours to keep while the other half is added to the value of your bounty. This means your bounty increases as you eliminate more players.

The Main Event takes place on May 15 and the winner will walk away with a WSOP Championship belt.

Nearly $3 Million On Offer Across 4 States

Players in the other states where WSOP is operating will not be left out as they too will have their own version of the Spring Championships Series.

Overall, the festival will award almost $3 million in guarantees across New Jersey, Nevada, Michigan and Pennsylvania.