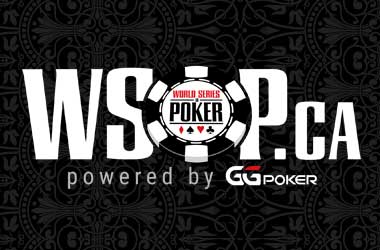 As announced earlier, GGPoker will provide software support for Ontario’s newest online poker room as part of its ongoing partnership with the WSOP brand.

Ontarians can look forward to enjoying the same features, game offerings, and promotions found on the global client, particularly the opportunity to compete for the highly-coveted gold bracelet and Circuit ring.

Those currently playing on GGPoker’s global site will be migrated to the WSOP.ca platform on September 30. The migration will be “seamless” according to the operator – players will only need to log in to their respective GGPoker accounts and after that, they will be asked to install the WSOP.ca platform on their device. They can then log in using the same username and password.

All existing balances, including T$, C$, and tournament tickets, will be transitioned to WSOP.ca. Existing players will also be covered by the welcome package and promotions offered by the platform.

As Ontario is currently a ring-fenced poker market, Ontarians cannot compete with players outside the province. They will also be blocked from joining the GGPoker global site. While the game offerings will essentially be the same, not all will be made available on the WSOP.ca platform. But the good news is that Ontarians will have access to exclusive WSOP tournaments and will also get the chance to win their way into major live events via online satellites.

WSOP and GGPoker are expected to mark their Ontario launch with a major tournament series and that’s exactly what will happen. WSOP.ca will host the Ontario WSOP Online Circuit shortly after it goes live, giving Ontarians the chance to win a WSOP gold ring.

The inaugural series will likely feature at least 12 ring events, similar to the circuit events running in other markets. The site could also host an online bracelet series exclusive to the province so Ontarians must stay tuned.

When WSOP.ca launches later this month, Ontario becomes home to four online poker networks, the other three being BetMGM (running alongside sister skins partypoker and bwin under one network), 888poker and PokerStars.

BetMGM and its sister brands partypoker and bwin, as well as 888poker all launched in April, while PokerStars entered Ontario in June.