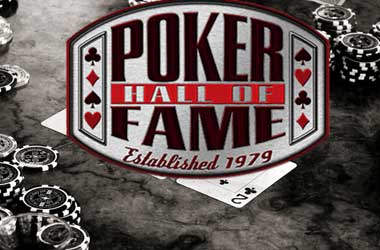 The 2022 World Series of Poker (WSOP) is currently in full swing at its new venue – Bally’s and Paris Las Vegas.

The WSOP is set to induct a new member into the prestigious Poker Hall of Fame (PHoF) during the tournament and released its list of shortlisted nominees earlier this week.

The WSOP initially carried out an online fan voting process where fans were able to send in the names of who they think should be considered as nominees for the 2022 PHoF. Fans could send in their picks as long as it met strict criteria which required their nominees to be over 40 years, played against top poker competition, have the respect of their peers and has been around the game for a long time.

Once the votes were sent in, the shortlisting process began and now the list has been cut down to just 10 names. The 10 nominees for the 2022 PHoF include three individuals who have made this list for the first time and 7 names who have been nominated in the past.

Two Names We Think Will Win This Year

This is certainly an illustrious list of nominees for the PHoF but only one of these will become the 61st member of the PHoF. The current set of living PHoF members (31) will review these 10 nominees and then cast their vote. The nominee with the most votes will be inducted into the PHoF on July 10 which is when the 2022 WSOP Main Event final table will be playing out.

Our first pick will be Isai Scheinberg, the founder of PokerStars. Scheinberg has made the list before and has not been shortlisted but we believe his time has come. The second nominee with a strong chance to make the cut is Matt Savage!