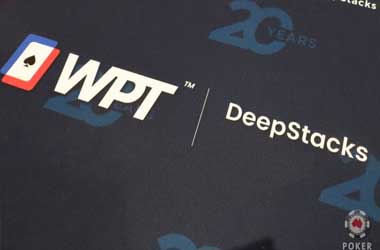 The World Poker Tour (WPT) visited Sydney for the first time by hosting a WPTDeepStacks event at The Star which kicked off on March 30 and concluded on April 11.

The tour’s inaugural series at Australia’s largest city ended with a bang after the Main Event pulled in a total of 2,023 entries, surpassing the previous record of 1,684 held by the WPTDeepStacks Main Event at Seminole Hard Rock, Florida back in 2016.

In terms of prize money, the WPTDeepStacks Main Event in Sydney is also the biggest in the history of the series, with almost $2.7 million in total prize pool awarded to the top finishers. Overall, the Sydney festival, which featured 11 events, drew a total of 8,288 entries across nearly two weeks, representing an all-time record for both the venue and WPT Asia Pacific.

The flagship event of the series wrapped up on April 11 with Mark Fester emerging as the champion. He defeated Nick Wright heads-up to secure the title and $413,006 in top prize, his largest score so far.

During his post-win interview, Fester shared that he’s been playing the game casually for several years since the poker boom. He’s always been a poker fan, watching various tournaments and following his favorite players as they bagged major titles. Now that he’s a WPT champion himself, Fester said it’s a dream come true, and he’s excited for what’s to come for him.

The organizers already expected that the series will attract a massive field given that the Sydney event was a first for the WPT and also among the first major live poker festivals in Australia since the pandemic. But the series exceeded all expectations and went on to smash records. What made it more special was the fact that it happened right on the tour’s 20th anniversary, which is a massive milestone.

The Sydney event would be the last for WPTDeepStacks as it will rebrand to WPT Prime next month. The first series sporting the new name will take place in Vietnam from May 19-30.