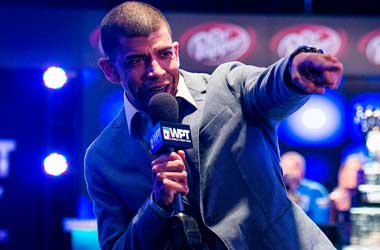 World Poker Tour (WPT) announced this week that they are extending the contract of CEO Adam Pliska for another four years. Pliska is the man responsible for growing the brand and establishing its global presence.

According to a statement released by WPT creator WPT Enterprises, Inc. and mother corporation Ourgame International Holdings, Ltd., they decided to renew Pliska’s contract for four more years after seeing the growth and development he has brought to the company since he became CEO in 2009.

Frank Ng, CEO of Ourgame commended Pliska’s efforts in bringing the WPT brand to emerging markets and developing its presence in the digital gaming space. It can be remembered that in 2015, Pliska played a key role in both WPT acquisitions in 2009 when bwin.party digital entertainment paid $12.3 million and once again in 2015 when Ourgame international acquired the WPT for $35 million. Pliska has helped the WPT to nearly triple in value since he came on board.

While many poker operators believed that it was doom and gloom for the industry after Black Friday, Pliska decided to believe the opposition. He decided to focus on global expansion and has helped turn the WPT in to a global poker brand that is respected around the world. Within five years of being promoted as CEO, Pliska grew WPT’s 14 tournaments to 70 tournaments in 150 countries and territories around the world.

What was once a handful of $10,000 to $25,000 buy-in events became diverse offerings of smaller and higher-stakes events in the form of WPT National, WPT Regional, WPT Alpha8, WPT DeepStacks, ClubWPT and more. Because of the new WPT system, there was a poker product for every kind of poker player—even for players who wanted to play for free.

Pliska Success Based On Partnerships And Relationships

Pliska also focused on growing both the television and online broadcasting arm of WPT, which now airs in five continents and reaches more than 100 million viewers. Many of Pliska’s successful endeavours became possible due to strong partnerships and relationships with broadcast networks and gaming sites worldwide. Their presence in countries like in India, China and the Philippines became key factors in their worldwide expansion.

He also established the WPT Foundation in 2012 which has so far raised more than $11 million in funds which were distributed to multiple charities.

In a statement, Pliska said,

“I am honored to have the incredible privilege to continue to lead this great company. I look forward to building on the successful strategies that have allowed the World Poker Tour to continue to raise the bar of our industry. I believe we have only begun to unlock the full potential of the WPT.”