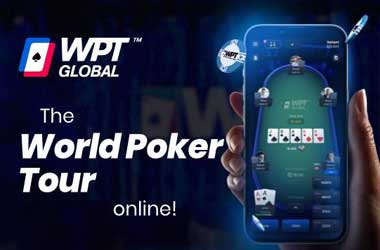 WPT Global, the newest online poker room in the market, continues to make waves by coming up with exciting offerings for both the pros and recreational players.

Last month, the site successfully hosted its first-ever online series, the WPT Global Summer Festival, awarding $3.5 million in guaranteed prizes. Players can definitely look forward to more major festivals taking place at WPT Global in the weeks and months ahead, but in the meantime, they may turn their attention to the daily and weekly tournaments running on the site.

Ever fancied getting a tournament named after you? You can do just that on WPT Global via the $5.50 [Your Name] Deepstack. This unique event has a guarantee of only $500, which might not interest the hardcore online grinders, but the bragging rights associated with the tournament will make recreational players want to win it.

The tourney will be named after you if you win it twice in the same month. It will stay that way until another player does the same.

WPT Global’s daily and weekly schedule is jampacked with a wide range of events and buy-ins that can accommodate all bankrolls and game choices.

Among the formats and variants available are Pot-Limit Omaha (PLO), Short Deck (6+ Hold’em), Progressive Knockout (PKO), and Deepstack, with entry fees ranging from $2 to $110, and guarantees going as high as $5,000. Some of the tournaments are played as Turbo, which is great for those who are into fast-paced action.

Here’s another event that players shouldn’t miss – the $1 for $1 Million. As the tournament’s name suggests, players can win a share of the massive $1 million guarantee for a buy-in of only $1. Day 1 flights for this tournament are currently running on WPT Global. Players have until September 30 to enter, with Day 2 scheduled for October 1.

WPT Global is also giving players the opportunity to win their way into the $10,400 buy-in WPT World Championship event which comes with a massive guarantee of $15 million, the largest-guaranteed tournament in live poker history.

WPT Global is hosting satellites for this huge event which players can enter for as low as $5. Up for grabs is a WPT World Championship package worth $12,400, which includes the buy-in, $2,000 in spending allowance, and other special perks.