WPT and partypoker LIVE To Co-sponsor Five Events In 2019

WPT and partypoker LIVE To Co-sponsor Five Events In 2019 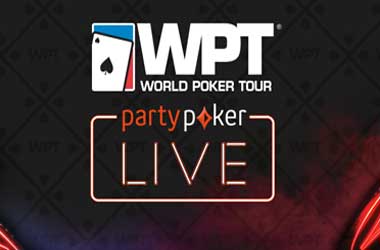 The poker action around the world is non-stop and two of the premier poker brands in the industry recently announced their plans for 2019.

The partypoker LIVE and World Poker Tour (WPT) partnership will continue next year as the two brands have confirmed a total of 5 events as of now scheduled for 2019.

European poker players will be delighted to know they will see more action from these premier brands. partypoker LIVE and the WPT released their scheduled well in advance to enable poker players to plan their travel and prepare for some great poker action.

In a statement, Adam Pliska, CEO of the WPT said

The World Poker Tour is pleased to add more locations to our growing footprint in Europe and further expand our relationship with partypoker LIVE. This partnership’s inclusion of multiple WPT offerings at each festival is a monumental achievement for the WPT toward providing players across the globe with the opportunity to play in World Poker Tour events at all buy-in levels.

The first of these European stops will be WPT Russia which runs from Jan 18 to 27 and will take place at Casino Sochi. This will be the first ever WPT festival in Russia and will be headlined by a $3,300 Main Event that has a $1.5 million guarantee.

The second stop is at Casino Barcelona as WPT Barcelona is set to take place from March 9 to 17. Casino Barcelona has played host to the WPT before and is excited to once again host this premier tournament which will be packed with a number of exciting events including the WPTDeepStacks, WPT500, €10,000 High Roller and WPT Main Event.

The third stop is in the United Kingdom as the WPT European Championship takes place at Dusk Till Dawn from April 6 to 14. There will be more than £3,000,000 guaranteed prize money up to be won.

The fourth European stop takes place at the end of the year as WPT Germany heads to the Kings Casino in Rozvadov, Czech Republic. WPT Germany runs from August 9 to 19 and will be the first WPT Main Tour to be hosted by the popular Kings Casino.

Canada will play host to the fifth tour stop as the WPT Montreal returns to the Playground Poker Club. The poker festival will run from October 25 to November 3 and will be headlined by a C$5,300 Main Event.