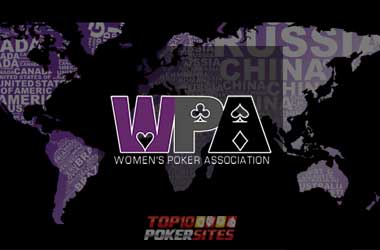 This is one of the main reasons why women are discouraged to play poker, and poker room operators have a vital role to play in dealing with this ongoing problem, according to the Women’s Poker Association (WPA).

WPA’s president and founder Lupe Soto said the unwelcoming environment in poker rooms is the biggest barrier for women entering into the game. Until operators realize this, attracting more female players into the game will remain an uphill battle.

Through the organization’s new poker room certification program, women who want to play poker will have some peace of mind that the poker room they’re entering has some policies in place to eliminate negative behavior directed at female players.

To become WPA-certified, poker rooms must agree to a number of conditions set out by the organization.

The rooms must make their anti-harassment rules clearly visible to everyone by displaying them near the entrance. The rules must include zero tolerance for harassment or abuse. Operators must also carry out cultural awareness and sensitivity staff training every year.

Once they’ve been certified, they should display the WPA Certification in the room and include it in their branding, social media, and ad campaigns. They must also support the WPA’s #RaiseItUp campaign and spread the word about the organization on social media.

The Boston Billiard Club and Casino in New Hampshire already received approval from the WPA, making it the first room to be WPA-certified. The organization is currently processing more applications with more rooms showing interest in joining the campaign.

It will soon be easier for female players to identify which rooms are WPA-certified as the organization is planning to provide a directory of certified rooms on its website.

The WPA is also encouraging male players to become part of the campaign by joining the Purple Tie Guy program. They may publicly show their support for the organization’s missions and advocacies by wearing a patch and posting a short video on social media with the following hashtags: #wpapurpletieguy, imapurpletieguy, #purpletieguy.