WNYPC To Make A Return to Seneca Niagara Resort & Casino

WNYPC To Make A Return to Seneca Niagara Resort & Casino 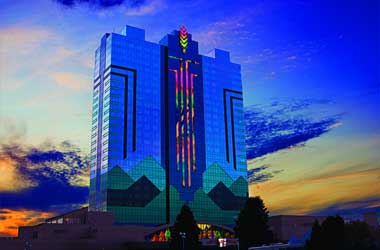 The Main Event is set to be held on April 7 and 8. There are two opening days planned where players begin with 30,000 chips and the blinds increase every 30 minutes. The blinds increase to 40 minutes on Day 2 of the event and continue to rise until a winner emerges on Day 3.Last year, Richard Block won the event for $52,768 netting his largest poker tournament win ever.

In this year’s edition players will have choice of 10 exciting events including the Main Event. The $300 No-Limit Hold'em is the opening event and will have $100,000 as guarantee. Four starting flights for it will be spread over March 31 and April 1. Those getting through them will continue playing till a winner is identified on April 2.

Players who manage to make it to final 10 in the first two events will be awarded a satellite ticket for the 2017 Western New York Main Event worth $145.

Players also have an exciting opportunity to win a Dodge Charger at a raffle, a first for the tournament. Participants can win a raffle ticket without limit for every four hours at the cash games table between Jan. 1 and Feb. 20.