WPN’s “The Beast” Returns This Month, Becoming A Daily Race

WPN’s “The Beast” Returns This Month, Becoming A Daily Race 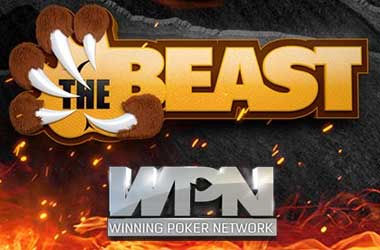 Winning Poker Network (WPN) is bringing back “The Beast” with an exciting surprise — the progressive rake race will now be run daily, moving away from the previous weekly schedule.

The Beast promotion started in 2012 and has since been gaining popularity across online poker sites like Americas Cardroom and BlackChip Poker. The management at WPN decided to scrap its Bad Beat Jackpot table and ran a rake race instead with the goal of rewarding its high-volume players. The Beast was originally a monthly rake race, offering players the chance to qualify for several poker tournaments live and online.

WPN will run a trial beginning Nov 4 to test if the daily race works. The network has also introduced a few changes to the format – cash prize tiers are lowered down to $500, $200, $50 and $25. This way, players will be given a better chance to grow their bankrolls. The existing $2500 ceiling is increased and gives top players an opportunity to claim more winnings every day.

The whole month of November will serve as a trial period for the daily format. If the new format proves to be a hit, the daily race resumes. If it does not work, The Beast will go back to its weekly schedule and will be held every Saturday.

Tournament entries won through The Beast can be used in WPN’s $27.50 Live Cage Sub- Satellite which takes place daily at 7 pm Eastern Time. The sub-satellite will award top finishers with five seats for the Beast & Sit n Crush Cage Satellite, a new satellite tournament taking place every Sunday. Winners of the tournament will get an $8,340 Live Cage package, giving them the opportunity to take part in a Live Cage event in Costa Rica.

The future of the daily Beast relies on the overall player response. It is still uncertain whether the new format will stay for long as the Live Cage tournaments could have a significant impact to its longevity.