William Hill and Amaya Confirm Talks For Merger Of Equals

William Hill and Amaya Confirm Talks For Merger Of Equals 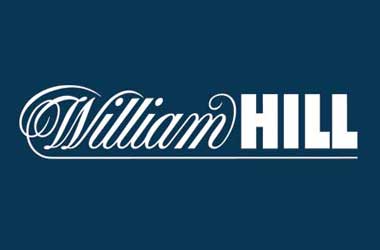 Gambling giants Amaya Inc and William Hill Plc have said that they are in talks for a merger of equals. It is the latest in a series of deals towards the increasing consolidation of the betting industry. The two companies released a joint statement after Reuters reported news of ongoing talks. In the statement, UK betting major William Hill said that it is exploring ways to diversify its business by looking at both online and offline gaming opportunities.

The statement said that since the talks are in initial stages, the talks may not necessarily be successful, but if it is then it would be a merger of equals and an all-share transaction. If it goes through the deal is likely to have significant implications for the online gaming industry.

James Wheatcroft, an analyst at Deutsche Bank said that the deal would result in the world’s largest global online gaming company and would help generating estimated savings of over $100 million. Amaya’s current market capitalization is at C$3.4 billion ($2.6 billion) which is lesser than William Hill’s which is at 2.7 billion pounds ($3.3 billion). The news of the merger talks resulted in William Hill’s share price rising by 6.5 percent to 313.6 pence while Amaya’s went up 8.2 percent.

According to media reports, B2B gaming developer and supplier GVC has also expressed interest in purchasing Amaya. The company has however not confirmed these reports. William Hill recently turned down a bid by a consortium comprising 888 Holdings and Rank Group saying that the bid offer was too low. The company has been posting low growth in the past few years and has been struggling to expand successfully into digital channels.

In February 2016, Amaya’s former CEO David Baazov said that he along with other investors was working towards making an offer for the company to take it private. However, the following month Baazov was charged with insider trading by the Canadian gaming regulator which ultimately resulted in Baazov stepping down from his role.

Canadian based Amaya Inc became the largest online gambling company in the world when it acquired the Rational Group in 2014, which was the parent company of PokerStars, the biggest online poker website in the world. The acquisition was valued at $4.9 billion. In case the merger succeeds, analyst David Jennings of brokerage firm Davy said that Amaya Chief Executive Officer Rafi Ashkenazi is likely to become the head of the combined entity while William Hill’s Philip Bowcock may take over as the chief financial officer. Bowcock is currently serving as the interim CEO of William Hill after the company removed James Henderson as the CEO last year.