Unibet Poker To Give Away €23k in Prizes via Freeroll, PKO Tournaments In Jan

Unibet Poker To Give Away €23k in Prizes via Freeroll, PKO Tournaments In Jan January 15, 2021 Gabrielle Monet

Unibet Poker To Give Away €23k in Prizes via Freeroll, PKO Tournaments In Jan 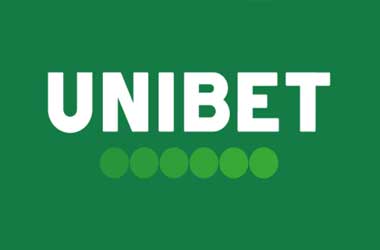 Unibet Poker is dishing out loads of prizes to its players throughout January! The online poker site will give away more than €23,000 across two upcoming festivals, which will benefit all players regardless of their stake levels.

Micro-stake grinders will get the chance to boost their bankroll without spending a penny by taking part in a series of freeroll tournaments running from January 17 – 30 on Unibet Poker.

A total of €12,000 in prizes will be given away, split into two €300 freeroll tournaments taking place each week from Sunday to Friday.

Each day, players may earn one ticket, and the choice is upon them as to which freeroll they’d like to enter.

The action culminates in a weekly final, wherein players will compete for €2,500 worth of tickets which they can use to participate in the PKO Series, scheduled to run from January 24 – 31.

Don’t forget that Unibet Poker also offers a nice line-up of rake-free nano tournaments, so if you’re successful with the freerolls, you may continue grinding by participating in rake-free sub €1 tournaments on the same online platform.

The upcoming PKO Series gives small-stakes players the chance to take a shot at bigger guarantees without putting their entire bankroll on the line – and that’s if they manage to win a share of the $2,500 worth of tickets being awarded in the weekly final of the freeroll tournaments. Meanwhile, players directly buying in to the PKO events will also reap some benefits as the guarantees will be boosted.

The main highlight of the series is a PKO version of the Supernova, Unibet Poker’s flagship Sunday tournament. It will take place on the 24th and the 31st of January, featuring €25,000 in guarantees for each Sunday. The schedule also includes several other events with buy-ins ranging between €5 and €200.

The PKO Series also features a leaderboard which will award €8,000 to the top finishers. With every knockout you make, you earn points, plus you’ll get the chance to win a seat into an exclusive invitational tournament which comes with a €3,000 prize pool. Do your best to make at least 30 eliminations throughout the series so you could qualify.

You can win more prizes and rewards on Unibet Poker in many other ways, such as participating in multiple poker challenges and missions. You must have a Unibet Poker account to take advantage of these exciting offerings.

For more details, go ahead and visit the Unibet Poker website.