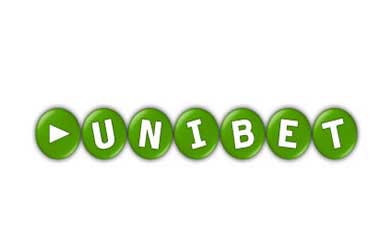 Unibet Poker’s impressive Q4 performance in 2018 yielded £4.9 million in revenue, representing a 6.5% year-on-year increase. This quarter is the highest ever recorded by the Kindred Group.

Kindred Group generated overall revenue of £907.6 million for the entire 2018 financial year, with £17.9 million coming from Unibet Poker. The figure is up 18% from 2017, marking a six-year high for the Malta-based company.

In late 2013, Unibet announced it would cut ties with MPN Network to launch its own independent poker software, in partnership with software developer Relax Gaming. The project, which was rolled out in 2014, is targeted at recreational poker players and incorporates social gaming features. Though the new online platform does not appeal to the high volume grinders due to the prohibition of HUDs and the lack of table selection options, Unibet Poker has more than managed to maintain its growth.

Over the years, the poker brand has sustained the excitement and action among the poker community by hosting new tournaments and bringing in fresh innovation. In November 2018, it brought Unibet Open back to Dublin for the first time in seven years. The festival debuted in the Irish capital in 2011. The five-day festival attracted 1,500 entries, with the €1,100 Main Event being won by Paul Jux Holderness for €74,900.

Unibet Poker launched HexaPro in 2018 which was its own version of Jackpot Sit & Go, which is now enjoying its first major promotion called the HexaPro Jackpot Mania where the highest prize pool multiplier is guaranteed to be hit 30 times.
The HexaPro launch and the highly successful Unibet Open in Dublin both contributed a significant boost to Unibet Poker’s 2018 revenue.

The other key players in the online poker market also recorded impressive figures for the 2018 financial year, with partypoker’s parent company GVC Holdings announcing a 43% increase.

In May 2017, partypoker reintroduced rakeback, and just this month rolled out its new Diamond Club Elite VIP programme, offering up to 60% rakeback alongside many other perks. The Stars Group, owners of PokerStars, also enjoyed a 5.54% growth in gaming revenue from online poker for the nine months ending September 2018.

Poker operators will be hoping that things continue to improve for them going into 2019.