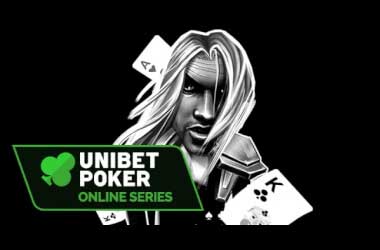 The influx of online poker festivals continues, with a handful of online sites hosting various tournaments in September.

One of them is Unibet Poker, which recently announced a new month-long festival, “the Unibet Online Series“, running from September 18 to October 14. The series features a jam-packed schedule of 132 events, with a combined guaranteed prize pool of €1,000,000.

The festival caters to players of all bankrolls, with buy-ins starting from as low as €0.25.

The main highlight of the series is the “2020 Unibet Open Online“, scheduled for October 8-11, with four separate events to choose from. The first two events each has a buy-in of €100 and will take place on October 8 and 10 respectively, both offering €15,000 in guarantees. The third €100 buy-in event is a two-day affair which kicks off on October 11, featuring €25,000 in guaranteed prize pool.

There’s an Overall Leaderboard that calculates the total points that the players earn across all buy-in levels, except the Nano events. For each tournament they play, players are awarded one point, and if they manage to make it to the top 17% of any tournament (except Nano), they’ll receive additional points. The player who ends up at the top of the Overall Leaderboard will take home €2,200, with the rest of the top 10 walking away with at least €200.