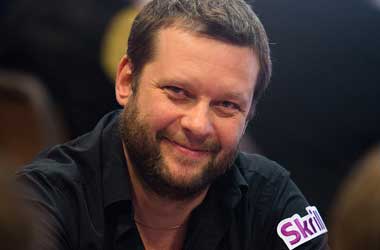 A cash game festival is being held in United Kingdom for the first time at Aspers Casino in Westfield Stratford City. It is scheduled to run between March 30 and April 3, 2016.

Around 3,000 players from 50 countries will be participating in the Cash Game Festival. In the five day festival, a variety of games will be available with stakes starting from as low as £1/£1 and going up as high as players demand.

The festival will have games running nonstop for 120 hours and will have no additional charges for players as games being raked at regular rates.

The festival is the brainchild of Martin von Zweigbergk, better known as Franke, who is also the owner of Poker Icons. He has previously organized three such festivals at the Olympic Casino in Tallinn, Estonia. Franke and his team have improved the format of the game taking feedback from players in previous festivals to make it more interesting to players and to develop a method to easily identify the tournament winner.

In a statement, Franke said

There will be a festival winner, per se, based on play on certain tables, such as our live-streamed feature tables where we can track buy-ins, money won, etc. more carefully allowing us to identify an overall winner. It has to be a competition that is open across the board. It shouldn’t matter if you’re playing for £200 or £2,000

Most casinos in UK offer cash games in their card rooms, with hold’em being the most popular of the poker variants. Other popular poker variants in the UK are Omaha cash games and dealer’s choice. However Franke has promised exciting new games in the Cash Game Festival at Aspers. One of them is a Sviten Special, which is supposed to be a hybrid of draw and Omaha and said to be very popular in Northern Europe. Another one is triple-board Omaha, where four, five, or six-card Omaha is played with three boards and the winner is required to win two of them.

Franke stated that the festival offers a chance for players of all levels in the UK to come together and create an awesome poker festival at Aspers. While the most popular game which players preferred in Tallinn was fixed around €5/€5, Franke expects that this time around in London that most stakes will be in the range of £5/£10, £2/£5 and £5/£5.

The Cash Game Festival will move from UK to Malta and Southern Europe (most probably Croatia or Prague), before ending up again in Tallinn.