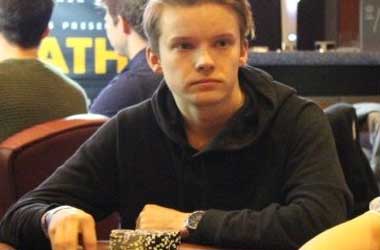 Jack Oliver, a student in “Business Management” at the University of Kent made headlines even at the 2018 World Series of Poker (WSOP) even though he did not win the WSOP Millionaire Maker event that he was playing. Oliver proved yet again that you don’t need to finish in first place at the poker table to make headlines or finish in the money.

It all started for Oliver with a freeroll at a Grosvenor Casino online tournament, where students were granted a freeroll that would take them through a weekly tournament with a WSOP Millionaire Maker seat waiting at the end.

The tournament was laborious and week after week, Oliver battled it out with more than 100 students to get into the top 8. After he made his way to the final 8, he advanced to the UK Student Poker Championships (UKSPC) in Coventry, where the 8 students played against each other in a sit and go event.

The winner at the end of the tournament received a $4,700 travel package that included plane tickets to the 2018 WSOP, accommodation and a seat at the will WSOP Million Maker which had a $1 million guarantee. Oliver ended up winning the tournament and soon found himself on his way to Las Vegas.

Oliver was one of the 25 players that went to the Millionaire Maker from Grosvenor Casino’s online qualifiers—however, he was the only one who spent nothing to get to the event since he got in on a freeroll. The British student had a pretty decent run at the event considering he is at best an amateur at the game and finished in 359th place to take home $4,518.

In a statement, Oliver said,

I've never played a $1,500 tournament. My friends and I play poker a lot though. I even sold a bit of action to them as sort of like a rail a little bit, so they're enjoying it. With the money I won, I’ll play more poker. My girlfriend might like to go on a holiday as well

The accomplishment on the poker felt fills him with confidence as the journey to the 2018 WSOP began at with the online tournament at Grosvenor Casino. Oliver says that a job offer is waiting for him when he gets home but he is not in a rush to take it if better opportunities come his way.