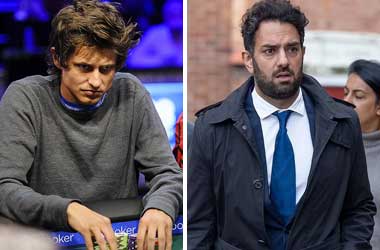 A close friend of poker pro Luke Brereton, who stole money from him in 2018, has avoided jail after admitting to fraud. Amer Siddique, 38, instead received a 12-month community order for his actions.

He was also ordered to pay £425 in prosecution costs and carry out 20 days of rehabilitative activity with the probation service. Siddique pleaded guilty to stealing money worth nearly £20,000 from his “best friend” Brereton.

In 2018, during his birthday celebration lunch, Brereton gave his bank card to Siddique to book a train ticket on his behalf. But unbeknownst to Brereton, Siddique obtained his bank details which he then used to register an account with William Hill.

Brereton only became aware of the illicit transactions when he contacted the bank upon returning to the U.S. at the end of the month.

That’s when he knew there was just £300 left in his account. Siddique later reached out to Brereton via WhatsApp telling him he “fucked up” and that he would return the money. But he never did. The Chester Crown Court heard that instead of fulfilling his promise to repay Brereton, Siddique blocked his friend on social media.

Siddique’s attorney Julian Farley said his client had no intention to run away from his obligation. He claimed that Siddique was merely waiting for the county court’s ruling in the case and was keen on giving Brereton his money back as soon as he can.

Farley said Siddique planned to work at a restaurant managed by his father to earn enough money to repay his friend, hoping to pay it in full within the next two to two-and-a-half years.

Brereton said he was “heartbroken” that someone whom he considered a close friend would do that to him, adding that he initially questioned his sanity as to how that could have happened. Siddique was so close to Brereton and his family that he even spent holidays with them. Brereton said the money that Siddique took away was earned after years of hard work and sacrifice as a professional poker player.