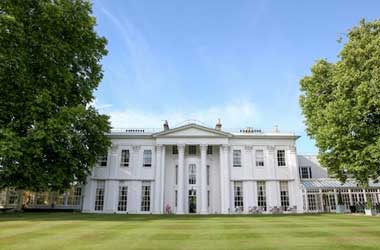 Gambling opponents are hitting out at West London’s Hurlingham Club after it announced plans to host a casino night in December where teenagers, 15 years old and up can play a little poker.

The popular UK club which frequented by both royalty and celebrities, is looking at holding one of the most glamorous Christmas parties by hosting a poker tournament wherein teenagers will be encouraged to release their inner “James Bond”.

No money will change hands during the poker game but participants will still have to put on the poker faces and bring their lucky charms.

This outrageous promotional campaign has raised some eyebrows with Lord Chadlington, a staunch gambling critic denouncing the club for normalizing gambling in the UK. The former chairman of Action on Addiction has been campaigning for legislation that would protect minors from gambling.

Lord Chadlington said that British society was now grooming children to become gamblers. The serious effects of gambling-related harm should never be played down and must be dealt with urgently to protect the youth. He also slammed this summer’s FIFA World Cup saying the tournament turned into a gambling watershed flooded with betting advertisements that were being watched by millions of viewers including children.

What makes this promotional stunt outrageous is just a few days earlier, the UK Gambling Commission (UKGC) published a report “Young People and Gambling”, showing that the number of children experiencing gambling issues had increased substantially and has now reached 50,000. This is a four-fold increase in just two years. The Commission also found out that over 450,000 children are gambling regularly. These numbers are higher when compared to children who are drinking alcohol or smoking.

Details of the event have been announced amid warnings that gambling firms are being permitted to sponsor kids’ digital apps which opponents claim are encouraging children to bet.

The Bishop of St. Alban’s has said the club’s planned event seems staggeringly ill-conceived, considering the report recently released by the Gambling Commission. Revered Alan Smith said gambling has already become a dangerous habit for tens of thousands of young people which sometimes lead to serious consequences. The Revered is completely opposed to any event or activity that would imply gambling normalization among teenagers.

Hurlingham Club refused to issue any comment but Poker Vision, the firm hired by the club to provide staff and equipment for the event stressed that the poker event is simply for fun with no money involved.