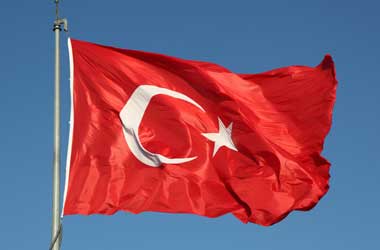 The Turkish government is launching a two-year long anti-gambling campaign that will target both online poker websites and land-based illegal gaming dens according to local media sources.

Turkey banned casinos in 1998 and later in 2006 made online gambling illegal. The country allows legalized lottery via a national lottery and sports betting through a state-operated sports betting body called Spor Toto. However locals have been easily able to gain unrestricted access to a number of online gambling and online poker websites in the country.

President Recep Tayyip Erdogan’s campaign is seeking to cut off this access and shut down illegal gambling dens that are prevalent in some parts of the country.

President Erdogan has announced that the nationwide anti-gambling campaign will be led by a task force comprising of top officials from the police, the Revenue Department as well as Interior and Justice ministries. A special prosecutor will be appointed to lead the taskforce.

The anti-gambling campaign will attack the issue from multiple fronts, using the powers of various regulatory bodies. Turkey’s top banking regulator (BDDK) will play a key role in the campaign. It will prevent online gamblers from using banking channels to deposit and withdraw money from banned internet poker sites. Additionally anyone using cryptocurrencies like bitcoin to play will also come under scrutiny of the regulator.

Another regulator, the Information and Communications Technologies Authority (BTK) will keep a close eye on advertisements that promote online poker and online casino gaming. BTK will target anyone hosting such ads and take action against them. Hefty penalties will be levied on internet cafes that violate anti-gambling rules as local citizens often take advantage of these cafes to access online gambling sites. Anyone who uses an internet café to access an online poker site will receive a warning through a text from the country’s Information and Communication Technologies Authority.

There have been a number of these net cafes who have been shut down by the authorities in recent times for violating online gambling laws. However they have reopened their premises pretty quickly and this is one of the areas that lawmakers are looking to address going forward.

In case of retail gaming, any land-based gaming venue that has been found operating illegally will face temporary seizure of the property by the government, according to state owned newspaper Daily Sabah. Organizers or operators who are found to have benefited from these gaming activities are likely to forfeit all associated income.

In addition to this crackdown, the government is planning on releasing an awareness campaign that seeks to educate children and teenagers on the dangers of gambling.