Triton Poker 2019 To Include Biggest Buy-in In History

Triton Poker 2019 To Include Biggest Buy-in In History 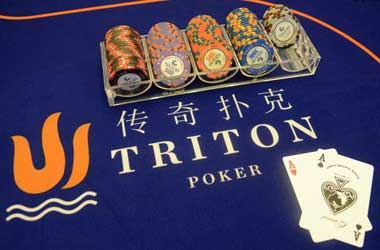 The Triton Poker Super High Roller (SHR) Series 2019, the tenth in its history, will be held at South Korea’s Jeju Landing Casino from March 2 – 9.

The series promises to include a poker tournament with the biggest buy-in in the history of the game.

Although Triton Poker has not yet released its scheduled for 2019, the operator has released an official teaser video, which players can view on its website. The video doesn’t reveal many details, but makes interesting promises and has created a lot of excitement in the poker community.

Right now, players can only guess the size of the buy-in. If it is going to the biggest buy-in in the history of poker, it has to be bigger than the $1,000,000 Big One for One Drop, which is usually held as part of the World Series of Poker (WSOP). This event generally has a cap on the number of players and is widely regarded as the biggest high stake poker event in the world.

Triton Poker has announced that the festival will comprise four more stops, which will be held in May, July, September, and November. But it has not yet revealed any details of the locations.

Last year in May, the Triton Poker SHR Series stopped at Maestral Resort Casino at Budva in Montenegro and comprised events with buy-ins as large as HKD1,000,000. In July, the festival proceeded to Jeju Landing Casino, where the buy-ins of its top events doubled to HKD2,000,000. Other events of the series were played in Russia’s Sochi Casino Resort in October in collaboration with the Russia Poker Festival of the partypoker Live Millions.

In the course of 2018, top poker players such as Phil Ivey, Patrik Antonius, Sam Greenwood, Nick Schulman and Jason Koon participated in the Triton Poker Series. But it was Mikita Badziakouski of Belarus who became the star of the event by winning the main events in Korea and Montenegro and taking home a big prize of $7,756,211.