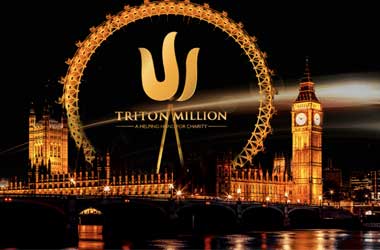 The richest event in poker history is currently underway at London Hilton on Park Lane, as part of the Triton Super High Roller Poker Series.

The Trillion Million is an invite-only event, participated in by some of the richest recreational players, typically people from the business world, alongside their professional-playing guests. They will engage in intense poker action for three days, playing down to a winner who will ultimately take home what’s likely to be the biggest top prize in the history of the game.

Let’s take a look at the players taking part in the massive event, and the main highlights of their respective careers.

A total of 54 players signed up for the Triton Million event, surpassing the fields of all one million buy-in events before it. The 2012 Big One for One Drop drew 48 entries, the number of participants in the 2014 edition jumped to 42, while the numbers dropped in the last two editions, with 28 in 2016, and 27 in 2018.

Of the 54 registered players, six have participated in two of the four one million buy-in events. They are Sam Trickett, Dan Smith, Bobby Baldwin, Paul Phua, Haralabos Voulgaris and Christoph Vogelsang.

Eleven players have cashed a $1 million buy-in event before. They are Justin Bonomo, Andrew Pantling, Fedor Holz, Dan Smith, Richard Yong, Trickett, Vogelsang, Salomon, Baldwin, Tsang and Katz. Elton Tsang won the 2016 Big One for One Drop in Monte Carlo for a whopping €11,111,111. He’s looking to make a comeback this year and ultimately win the Triton Million.

It will be interesting to see who finishes on top on August 3 and how much they take home!