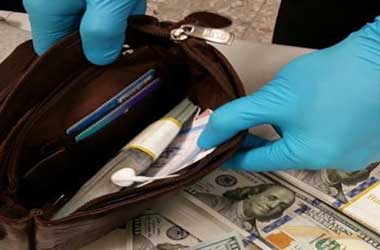 US authorities are reportedly confiscating large sums of money from poker pros traveling into the US.

The lady from Chicago had checked in luggage containing over $100,000 in cash at Dallas Love Field Airport which was discovered by a sniffer dog. Law enforcement officers then seized the money despite the passenger not committing any crime. She was not arrested or charged.

The Civil Asset Forfeiture Law allows US authorities to confiscate property they suspect is or will be used to commit certain crimes. Officers can do this without having to arrest or charge the owners, but to reclaim their property, they should provide proof that the seized property wasn’t connected to any criminal activity.

We couldn’t tell where the woman got the money or where it’s going to be used, but the point is, she did not commit any crime. No law in the US prohibits people from bringing with them large sums of cash while traveling to and within the country.

When Savage posted the story on Twitter, several high-profile pros shared their experiences of having to be stopped and questioned by law enforcers at US airports for checking in some cash. Daniel Negreanu said he experienced the same once in Miami airport where he was pulled off from his flight seat by 16 officers.

Once in Miami airport I fully declared cash that I had, police searched my bag, let me through.

A DEA agent speaks to me before getting on plane.

I sit on plane, they pull me off and there are 16 officers in my face, a few who even recognized me.

Ari Engel also shared that he was also pulled aside at Asheville airport for the same reason – he had with him more than $10K in cash and was subject to additional screening. While Engel had presented the necessary documents to avoid confiscation, he said it was not a fun experience.

For the first time in my life- I had a sweat at the Asheville airport yesterday where I was pulled aside for additional screening since I had over 10k cash on me. I was lucky to be able show tax forms to prove where the money was from, but was not a fun experience. Take care yall https://t.co/T0DQxzXdba

Other poker pros have had to contact their lawyers to get things sorted out, including Dave “Viffer” Peat who shared that he was yanked off a flight out of Detroit with his $7K cash and Rolex taken away from him. He had to seek the help of an attorney to get his properties back. They were returned after 90 days.