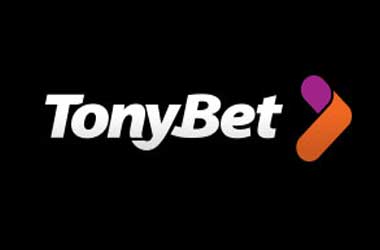 TonyBet Poker built a reputation for itself in the multi-billion dollar online gambling industry by specialising in offering an Open Face Chinese (OFC) product. While the OFC product was not as popular as some of the classic poker variants such as Texas Hold’em and Omaha poker, OFC had its own little niche of online poker players.

However the company has found it hard to scale its business as the market for OFC poker is a niche market and not very scalable. The company decided to change its business strategy in 2015 and diversify its gaming portfolio by moving away from being known as just an OFC specialist and introduced both rake free No-Limit Hold’em and Pot-Limit Omaha cash games.

TonyBet decided to diversify because it felt that the online poker market was slowing down and in order to continue to thrive in an extremely competitive environment it needed to be willing to think out of the box. The company has experienced an increase in player traffic and liquidity after introducing rake free No-Limit Hold’em and Pot-Limit Omaha cash games and believes that it made the right decision.

In a statement, Warren Lush, a representative of Tonybet said

As they say at Tonybet, and like they do with an all-in, it’s ‘no balls, no glory’ – if we don’t try and liven things up and take steps to pump up the action then we don’t know – poker needs it. We are in a unique position as an up and coming operator to try such things. I’m sure a lot of the bigger operators would love to be in this position to disrupt and not be afraid to fail

TonyBet Poker will continue to innovate and test the market in 2016 as the company plans to add freebuys, freerolls and knockout tournaments during the first half of 2016 and will pay close attention to player feedback to ensure that TonyBet Poker players have a great gaming experience.

The company will also host its first major NLH and PLO series during February 2016 and have already budgeted $100,000 in guarantees for this series. The website will also give away weekly prizes such as a unique Las Vegas package and an iPhone 6s giveaway in an effort to increase player traffic.

TonyBet will also award new player signups with a free €10 ticket that allows them to take part in a €5,000 event that takes place every month. To find out more information on the full list of bonuses and promotions, please visit the TonyBet website.