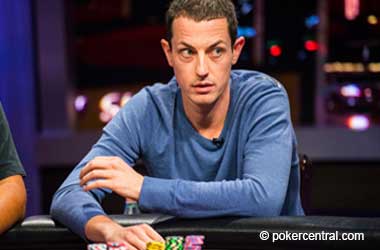 Tom Dwan took a $50 bankroll and began his professional poker career playing online poker. While most players struggle to win consistently, Dwan learnt quickly and developed a strategy that helped him accumulate a nice stack of cash.

Tom has been a fixture at high-stakes poker games ever since. However, along with a few other big names in poker, Dwan has recently been focusing his attention on short deck poker which has left a bit of a void at the full deck NLHE tables. He just finished competing in the Triton Poker Super High Roller Series in Jeju where he finished in fifth place.

Dwan explained that the games are very similar in the way that cards are dealt, hands are calculated, and pots are won but he says that the atmosphere at full deck NLHE tables has soured lately. He points to how players have brought “staring at you” to a new level and that many players intentionally slow the pace of play. This has sucked a lot of the fun out of the game for a lot of players.

Bryn Kenney took to Instagram and backed Dwan’s claims saying that Tom was absolutely right in his assessment. Antonio Esfandiari also agreed with Dwan’s opinion and said that these recent trends are bad for the game of poker. Dwan claims that these deliberate actions are now seen at a lot of NLHE tournaments especially in the ones which have higher buy-ins.

Tom Dwan hasn’t seen as much of these shenanigans in short deck games and he feels that it has a lot to do with the diversity of the players. While he credits short deck tournament organizers, he also stated that the atmosphere at short deck tables is friendlier and healthier. Players only take a long time when they have legitimately tough decisions to make. In other words, proper poker etiquette is adhered to at short deck events.

There is no denying that NLHE poker has gone through a lot of changes over the past couple of decades. The implementation of shot clocks and big blind antes in some games has sped up the pace but many feel that other measures should be put in place before more players get turned off. In the meantime, it seems that Tom Dwan is more than happy to hone his skills at short deck tables.