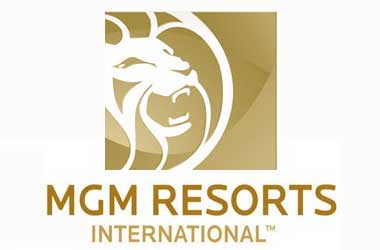 The COVID-19 crisis has claimed three more poker rooms in Las Vegas. MGM has decided to permanently close their poker rooms at Excalibur, The Mirage and Mandalay Bay, after being out of operation since mid-March due to the coronavirus pandemic.

While officials previously stated that the closures were temporary and that they would conduct a re-evaluation of the properties, it’s now confirmed that the venues would no longer offer poker games.

The global health crisis has severely impacted the Nevada poker scene. Based on figures from the Nevada Gaming Control Board (NGCB), a total of 34 rooms with 430 tables were running poker games in February, just before COVID-19 exploded. Now, only 21 rooms and 285 tables have resumed their operations.

The state was home to more than 50 locations offering live poker back in February. That number has now significantly dropped to just 29. Nevada’s poker industry has continued to shrink over recent years, with 2020 recording the lowest numbers.

While the poker rooms at Excalibur, The Mirage, and Mandalay Bay were not among the busiest in Vegas, operating just between seven and 12 tables, the recent closures are still seen as a major blow to the industry, especially for the room’s staff and employees who are left jobless and will now need to look for job opportunities elsewhere, at a time when openings are probably limited as most businesses are still trying to recover from losses due to the pandemic.

The Mirage in particular was previously among the most popular poker rooms in Vegas, with some of the world’s top poker pros starting their respective careers there, including Eli Elezra, Layne Flack, Gavin Griffin, David “ODB” Baker, Bruno Fitoussi and Daniel Negreanu. Upon learning about the closures, the players reminisced their time at the venue and how they started building their bankrolls there, playing the $20/$40 games.

The positive thing to come out of these closures is that the players will receive a share of the bad beat jackpot money that will now need to be redistributed, in compliance with gaming regulations. According to reports, the properties will distribute over $100,000 via freerolls, which will take place at MGM Grand.

The first one already played out on November 3, but two more are scheduled on November 17 and December 1. Players must register on November 11 and November 25 respectively for both games.