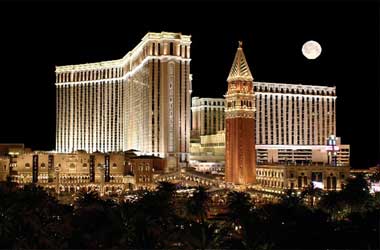 The Venetian has drawn some flak after cancelling the final two events of the PokerGO Stairway to Millions apparently due to overlays. The last-minute cancellation irked a lot of players, especially those who had already qualified for the affected tournaments.

Tournaments Cancelled at the Last Minute

The PokerGO Stairway to Millions series initially had a total of 12 events on the schedule, guaranteeing at least $2.15 million. However, the Venetian decided to drop the final two tournaments – a $25,500 buy-in, $500K GTD event scheduled for Sunday, September 18, and a $51,000 buy-in, $600K GTD event which was supposed to run the following day, September 19.

The Stairway to Millions festival, which runs as part of the PokerGo Tour, has become a hit among players because of its unique format, whereby players who reach the money in a tournament secure a seat into the next event. The buy-in increases as players advance to the next level. If they’re lucky enough, they could climb their way to the final event which features the biggest entry fee and guarantee while keeping all the prizes they’ve earned along the way.

In the latest edition of the Stairway to Millions series, those who would cash in the $25,500 buy-in tournament would automatically qualify for Monday’s $51K tournament. But the festival ended early on Saturday after PokerGO announced that the last two tournaments have been cancelled by The Venetian.

Event #10, which was won by US poker player Paul Zappulla for $124,500, turned out to be the final event of the series. Most of the events on the schedule managed to exceed their guarantees, but Events #9 and #10 suffered overlays.

Poker pro Adam Hendrix, who finished second in Event #9 for $37,050, was also awarded a ticket to the $25K tournament. But all hopes of winning a share of the massive $500K guarantee ended in disappointment after he was told that Events #11 and #12 would no longer push through. While he was offered cash in exchange for the ticket he had won, Hendrix said the cancellation was still unacceptable.

As it turns out, that wasn’t the first time that The Venetian has cancelled guarantees at the last minute. A similar incident also took place at Hustler Casino in Los Angeles when the poker room cancelled the remaining starting flights to a $250K GTD tournament, with the prize pool also readjusted after the event fell short of hitting the target.