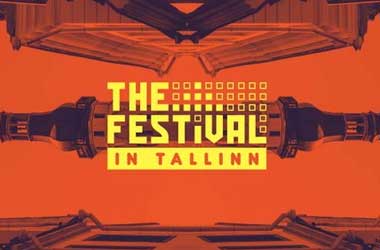 Poker and casino enthusiasts in Europe are in for a treat this coming June! A brand-new event is set to take place in the region, combining the two games. “The Festival Series” will run from June 7-13 at the Olympic Park Casino in Tallinn, organized by Cash Game Festival co-founder Martin “Frankie” von Zweigbergk, and iGaming firm Acroud Ltd.

The Festival is yet another innovative idea coming from zon Zweigbergk, better known as “Frankie” to the world of poker, who is no stranger to putting together unconventional but highly successful events in the Nordic region over the past decade.

Frankie was among the key people responsible for the Cash Game Festival, a first-of-its-kind event designed for cash game players. The festival’s offerings were not only limited to cash game action at the poker tables, as players were also able to enjoy exciting and fun activities away from the poker felt, such as first-class dinners and VIP parties and activities. With the upcoming The Festival Series, participants can look forward to a similar experience!

The unique event will debut in Tallinn, and features the best of casino games, while at the same time also offers high-quality poker action, including cash games and tourneys running 24/7 throughout the series.

The poker line-up consists of plenty of hold’em events, headlined by the €550 NLHE Main Event which takes place from June 8-12. Other poker variants and mixed games have also been added to the schedule, such as Pot-Limit Omaha, Dealer’s Choice, Sviten Special, 8-Game, and Open Face Chinese Pineapple. For cash games fans, you can choose from a wide range of stakes, from low to high, available round the clock.

From June 7-12, The Festival will run both Blackjack and Roulette tournaments, which cost €250 to enter.

The series will also host plenty of qualifiers where players get the chance to win their way into tournaments for a fraction of the price. Free hotel accommodation, tournament tickets, as well as VIP packages will also be given away through the event’s partners, which include the Olympic Casino, and its online arm Paf and OlyBet.

Frankie said they will announce some more partners in the coming weeks, with exciting giveaways also up for grabs via its Twitch channel.

The fun and excitement will continue in Bratislava, with a second event also scheduled to run at Banco Casino from September 20-26, this time focusing on sports betting.

For more details, visit the official website of The Festival Series.