The LGA Boots out Everleaf Poker

The LGA Boots out Everleaf Poker 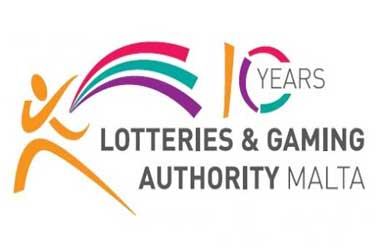 Not one of the most player friendly licensing jurisdictions, the Lotteries and Gaming Authority or LGA as they are known, looks like they have finally pulled their heads out of the sand and have at last listened to the large amount of ongoing player complaints that have been circling online regarding the Everleaf Poker Network.

A statement that has just been released by the LGA states that after a period of investigation into this Poker Network who have, up until this moment in time have been a licensed and regulated by the Malta Lotteries and Gaming Authority, they (the LGA) have suspended their license to operate.

The Everleaf Poker Network have, it would appear, been having lots of major issues due to them ceasing to provide their poker offerings to US players since a year and a half ago, they withdraw from the US Poker market place as they feared that the US Enforcements Officers would pounce on both their operation and their financial processors.

This has, since they dropped their US player base, led to players having all manner of problems accessing the cash in their accounts with Everleaf Poker and with excuse after excuse given to players many of these player then stopped having their emails answered which had the knock on effect of a large number of these players taking to message boards and the such like to express their outrage.

As it currently stands, the LGA have stated that Everleaf Poker should not accept any deposits off players nor should they conduct any online gaming activates or offer them to anyone based on their previous license granted by the LGA.

However at this moment in time it would appear that the Everleaf Poker Network are continuing as normal with their operation and as such we would like to warn anyone thinking of opening an account on the Everleaf Poker Network or anyone who already has an account with them, to not bother playing here anymore, for without the albeit minimal security of them being licensed and regulated by the LGA, which they are no longer, it would appear you will stand virtually no chance of receiving any requested cash outs from them.

We will of course keep you fully updated with any developments with the latest poker news, and should anything change then you will be the first to know. However avoid the Everleaf Poker Network from now on!