The Kardashians Team Up For Charity Poker Event

The Kardashians Team Up For Charity Poker Event 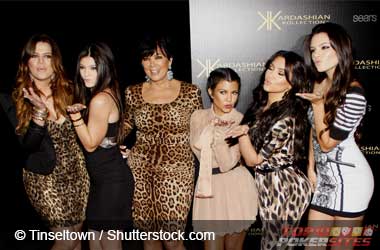 Kim is clearly the most popular member of the Kardashian clan and has used her reality show ‘Keeping up with the Kardashians’ to build a cult following around the world which has helped her gain multiple sponsors and turn into a multi-millionaire.

Kim Kardashian who is married to rapper Kanye West is also set to make an appearance at the poker tables. She will not be the only Kardashian at the table as Khole Kardashian, Kris Jenner and Kendall Jenner will also be present. The Kardashians have teamed up for a mega charity poker event that is scheduled to take place on July 29.

The event is being put together by the City of Hope – which is a cancer research and treatment center and the Los Angeles Forum. They will host the inaugural “If Only” Texas Hold’em charity poker event that will take place at the Inglewood Stadium in California. The Kardashians hope to raise a significant sum of money during the event and each of them will be hosting their own poker tables. Online registration for the charity event is open at The Forum.

Cool Prizes Up For Grabs

The primary purpose of the charity event is to raise funds and spread awareness. Cameras for ‘Keeping up with the Kardashians’ are expected to make an appearance at the event and footage from the event will be a part of one of the reality show’s episodes. Players will get the opportunity to play poker at one of the tables hosted by the Kardashians or Jenners and interact with them.