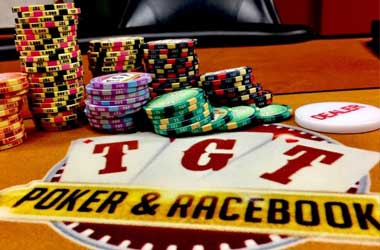 TGT Poker & Racebook which is located in Tampa, Florida is offering a unique tournament experience for players this June.

The poker room has chosen to take the road less traveled in terms of poker tournaments by playing host to an “all-mixed-games” series over the next few days.

The upcoming “Tampa Mixed Games Poker Series” will take place from June 1 to 5, and aims to spice up the competition at the poker tables.

In an unusual move, TGT will veer away from the No-Limit Hold’em/Omaha formats which traditionally make up most of the schedule in any tournament series. Players will instead battle it out across a total of eight events that will all be played in mixed-games format. This marks the first-time that the venue is running an all-mixed-games series.

The Tampa Mixed Games Poker Series will open via a PLO/PLO8 event on June 1. The schedule also includes Dealer’s Choice, HORSE and mixed triple-draw, formats that are not usually offered in traditional poker festivals.

TGT’s own version of the eight-game-mix tournament has slight tweaks though. It comes with a much lower buy-in of $500, with $15,000 in guaranteed prize money on offer.

Apart from the huge difference in entry fee, organizers have also removed the Limit Hold’em element from the tournament, as past feedback indicates that players were not enjoying it.

TGT Poker’s room manager Jacob “JD” Mast, said that NLHE is already included in the eight-game-mix event, and adding the fixed-limit segment would be redundant, not to mention that it just does not appeal to most players at TGT. Mast decided to replace it with another lowball-draw format, A-to-5.

Fans of Limit Hold’em aren’t totally left out though, as the format will still feature in the HORSE event. Additionally, the Main Event will also maintain the initial eight-game format through to the finale, unlike the WSOP PPC wherein the action switches to NLHE at the final table.

Trying Out A Unique Concept

Going the all-mixed-games route is a bold move for TGT Poker, and it’s a concept most tournament organizers stay away from because it does not attract as much turnout. But Mast and his team wanted to offer something different, and if it proves successful, they might run similar tournaments in the future.