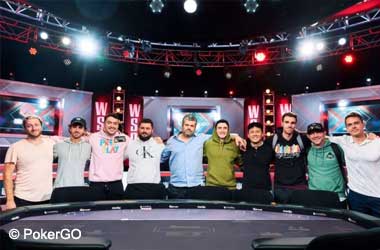 With the 2022 WSOP Main Event, the main highlight of the series which also awarded the largest prize pool, now in the books, we can finally take a look at the net earnings of the final ten players.

Players residing in countries where gambling winnings are taxed will not be able to take home the actual payout listed in the tournament. Lucky for those who live in jurisdictions that do not impose any levy on gambling scores as they will enjoy the full prize money awarded to them. This means the actual pay differences from one player to another vary according to just how much their winnings are taxed.

For example, the 2022 Main Event winner Espen Jørstad, who is originally from Norway but now lives in the UK where gambling scores are not taxed, received the full $10,000,000 top prize. Had he stayed in his home country, his winnings would have been subject to a 28% tax.

Things are opposite for runner-up finisher Adrian Attenborough. His native land is Australia where the government also does not impose taxes on gambling winnings. But he is now residing in the US, which means he only took home $3.6 million out of the $6 million he won at the tournament. That’s because of a 24% flat rate on gambling scores, and another self-employment tax imposed on poker pros.

Michael Duek who is currently a resident of Florida only received around $2.4 million out of the $4 million allocated for the 3rd-place finisher. Just like Jorstad, John Eames, who finished 4th for $3,000,000 enjoyed his prize in full as he lives in England.

The same cannot be said for 5th-place finisher Matija Dobric who only got $1.575 million out of the $2.25 million he won at the tournament due to a 30% tax currently in force in his home country Croatia. Jeffrey Farnes, who lives in the US, also didn’t receive the full $1,750,000 for finishing in 6th place as the government deducted around $675,000 from his winnings.

Here’s the most interesting part – this year’s 7th-place finisher Aaron Duczak received less than Philippe Souki who finished 8th in the tournament, all because Duczak is a Canadian.