Sweden Leading The Way For Online Poker Liberalization In The EU

Sweden Leading The Way For Online Poker Liberalization In The EU 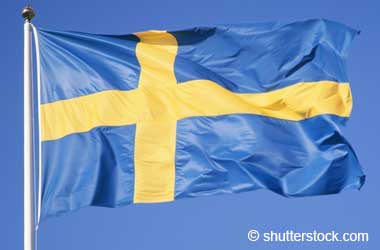 European countries have started changing their perspectives regarding online poker, paving the way for the long-anticipated transformation of the industry. Five years ago, the European Commission started cracking down heavily on EU member countries that have been violating EU laws and treaties regarding online gambling.

Among these countries is Sweden, who has been charged by the EU for violating the Treaty for European Union (TFEU), which aims to create a common market for goods and services among EU member countries.

Sweden was slapped with two charges for not allowing international operators based in other EU member countries to offer services to the Swedes, and not allowing the Swedes to choose the service provider they want. For years, the only regulated online operator in the country was the Svenska Spel, a non-profit, state-owned operator that offers online poker, lotteries and bingo games.

The EU Commission’s crackdown on Sweden countries like Netherlands, France, Greece, Romania, Lithuania, Belgium and Cyprus has forced other EU countries to re-think their restrictive online gaming laws and many of them have started to take action and address their shortcomings.

Sweden rolled out a fresh gambling act last year that puts in place a new licensing system that will allow international operators to apply and offer services to the Swedes starting August 1, 2018. International operators who have been operating with legal impunity like Unibet, PokerStars and 888 will now be able to offer legal gambling products in a regulated and taxed environment.

In other EU countries such as the Netherlands, the senate has started discussions on the new gambling bill shortly after their Ministry of Justice & Security issued a letter that irons out previous disputes that have prevented the bill from moving forward.

Relentless pressure from the EU Commission, the rising need to increase online poker revenues, and the continuous growth of online poker are all pointing forward to one thing: a more liberalized albeit regulated online gaming market across the EU. The recent merging of online poker player pools between France and Spain has been responsible for boosting iGaming revenues by as much as 30 percent.

Now that more EU countries are looking at making online gaming regulations less stringent, it would not come as a surprise other EU members look to create a safe, regulated, and free-for-all platform for all EU online poker players.