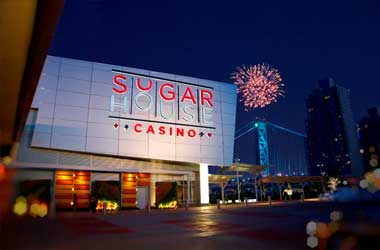 The new poker room which is the first PNIA Poker Room in the United States is spread over 6,000 square feet and has 252 poker seats. All the seats in the room have been provided built-in charging stations for the convenience of players.

This is one of the small but highly useful modern amenities that poker rooms are adding to ensure that their players can charge their handheld devices without having to move away from the gaming table and lose quality gaming time.

Being the first-ever Poker Night in America Poker Room is a big honor for the SugarHouse team. In addition to continuing our high-caliber tournaments, poker fans will get to see some of the game’s best players here in Philadelphia

The casino will also be holding an inaugural edition of SugarHouse Poker Night Classic, which will have a total of 35 events. This new tournament has been designed by Matt Glantz, a well-known poker pro and resident of Philadelphia. Glanz is also a producer and event manager with Rush Street Productions, the owners of the PNIA series. He has promised that all the multi-day events in SugarHouse Poker Night Classic will have the structure he has become popular for.

The tournament which starts from March 23 will have buy-ins starting from $95 and go until $1,100 for the main event. The first 100 poker players registering for the tournament will receive a welcome gift to commemorate the inauguration.

The Poker Night In America team will be on location to live stream the final table of the main event. The team will also record high-stakes cash games which will have an exciting line-up of poker stars including Joe McKeehen, the current WSOP main event champion and Shaun Deeb, one of the best known online poker players in the world. McKeehen will receive a lot of support as he is from Philadelphia.

Celebrations for the opening event will include a special meet-and-greet with stars Vince Papale and Dick Vermeil enabling football fans in the city to meet their favorite sportstars.

The SugarHouse Casino which opened in 2010 features 891 slots and upto 103 table poker games, apart from the new poker room tables.