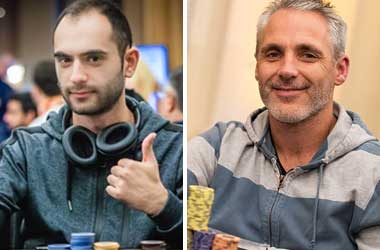 Damian Salas has been officially declared as the 2020 WSOP Main Event champion, but some members of the poker community still think Stoyan Madanzhiev is the “real” champion. The Bulgarian poker pro won the $5,000 buy-in WSOP Online Main Event during the summer.

At the time, it was widely presumed that Madanzhiev was the official champion, until the WSOP announced a second Main Event scheduled for December. The tournament had a $10K buy-in and featured a combination of both online and live action.

Upon making the announcement, the WSOP also said that the winner of the hybrid tournament would take home the title of 2020 WSOP Main Event champion. The idea did not sit well to many poker fans and players, including Madanzhiev himself who accused the WSOP of “misleading” the players.

The debate has become more intense after Salas’ victory, and Madanzhiev now says he’s ready to face the Argentinian in a heads-up battle, though unofficial, to determine who is worthy of the title.

The Bulgarian recently reiterated his opinion that he is the true world champion by enumerating key facts and figures on Twitter comparing the $5K WSOP Online Main Event and the recently concluded $10K hybrid tournament.

Madanzhiev’s Twitter post irked no other than legendary poker broadcaster Norman Chad who described him as the Donald Trump of the poker world who just cannot accept the official results.

In a reply to Madanzhiev’s tweet, Chad said that while the Bulgarian took down the $5K virtual tournament in impressive fashion, he should just concede to the fact that it was not the official WSOP Main Event. The poker presenter also thinks comparing both tournaments simply makes no sense.

Uh, @Stoyan_Mad, it's as if you've become the Trump of the poker world, trying to reverse results.

That is NOT the WSOP Main Event.

Yea WSOP fucked you and now Norm is piling it on with the garbage tweets. Got yo back. Mad looks after Mad ?

Polish pro Rafal Gladysz also opposed Chad’s statement about the online tournament not being the official WSOP Main Event, claiming that back in September, the WSOP and everyone considered it as the official Main Event of the year.

„That is NOT the WSOP Main Event” – really Norman? Really? In September, the WSOP stated otherwise…@Stoyan_Mad you are one and only World Champion, greetings from Poland! pic.twitter.com/HcbDXMDsfV

Others also believe that both Madanzhiev and Salas should have been declared as 2020 WSOP Main Event winners given the extraordinary circumstances.

Will Salas Accept the Challenge?

To settle things once and for all, Madanzhiev expressed his willingness to take on Salas in a heads-up match even if it’s only for bragging rights. As of this writing, the Argentinian has yet to make a response to the challenge.

If you feel like getting into some poker action for yourself why not try some of our real money poker sites which might just hit the spot.