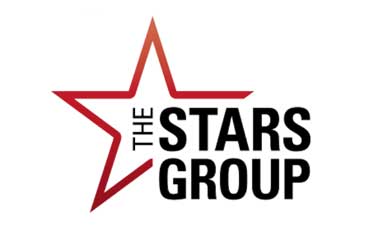 The Stars Group has disclosed to all its employees in its recent companywide conference call that it now iBus Media which is the parent company of PokerNews, the popular online poker news website.

The Stars Group was formerly known as Amaya Inc and is the owner PokerStars which is the world’s largest online poker site. This ownership fact was also made public by PokerNews writer Joss Wood and a number of employees working at PokerNews were surprised at the recent announcement.

The Stars Group decided that the time was apt to bring it to everyone’s notice as the company is now planning new acquisitions and expansions.

There were rumours floating around that Tony G or Antanas Guoga, the previous owner of PokerNews had sold a major chunk of shares to The Star Group way back in 2011 and those rumours have now been confirmed.

Tony G was at the Aussie Millions so I took the opportunity to ask him about this. He confirmed that he made the deal to sell PokerNews to the Rational Group (now Amaya) with Isai Scheinberg personally in the 2nd half of 2011 for $30m although the handover was done progressively over a period of time

The writer at Flush Draw who reported the news feels that the deal happened way back in 2011 around the time of Black Friday and goes on to add that it was signed between Scheinberg (the then owner of Rational group, which was later acquired by The Stars Group’s parent company) and Tony G which did not require a legal disclosure agreement.

There are ethical questions being raised regarding the fact that Amaya Inc. stopped long term deals with a number of affiliates in Sep 2014 and did not disclose that it owned PokerNews. This most likely resulted in Amaya Inc. receiving all revenues generated by PokerNews affiliates which would have increased considerably since Amaya Inc. had severed ties with a number of its long time affiliates.

While it is highly unlikely that any legal action may result by the recent disclosure of the Stars Group, the fact that both PokerNews and the Stars Group kept their relationship a secret will likely hurt their reputation and trust factor in the global poker community.