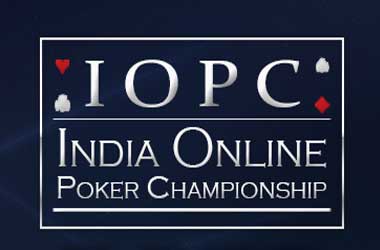 India’s poker industry has witnessed a massive spike in the last 18 months as domestic and international poker operators have come out with bigger tournaments, better promotions and great offerings to promote the game of poker in India.

Leading the pack is Spartan Poker which is one of the most popular online poker sites in India.

The company recently concluded the second edition of its popular India Online Poker Championship (IOPC) and was thrilled with the response it received from the poker community.

Given the fact that poker is banned in most parts of India, it is not very easy to promote poker across India. However, Spartan Poker did a great job during the first edition of the IOPC which was held earlier this year and attracted a total of 16,000 entries. Spartan did not wait long to launch the second edition of the IOPC which had a guaranteed prize pool of 7 crore rupees.

The second edition saw as many as 17,000 registrations which increased the guaranteed prize pool to a whopping 8 crore rupees. There was also a leaderboard prize on offer which gave the winner a cool Jeep Compass SUV which is estimated to be around 16 lakh rupees.

Poker Pros Happy With The Prizes

The highlight of the second edition of the IOPC was the Main Event which was won by poker player Sangeeth Mohan who walked away with close to 20 lakh rupees in prize money. Mohan had to work hard for his win as there were 682 players who registered for the Main Event. Mohan who lives in Cochin went through a gruelling eleven hours of play were he demonstrated great patience and strategy to walk away as the Main Event winner.

In a statement, Mohan said

It was a long way to the win and I had to compete with some extremely skilled-players that raised the challenge further and made the game even more exciting. I am absolutely thrilled about making it to the top especially in a reputed tournament like the IOPC. I am now looking forward to the next edition and what it brings for poker players in the country

The Jeep Compass SUV was won by Pulkit Goyal who is from Punjab. Goyal was thrilled with his prize and was very appreciative of the IOPC. Spartan Poker is already making plans to launch a better and bigger IOPC in 2019.