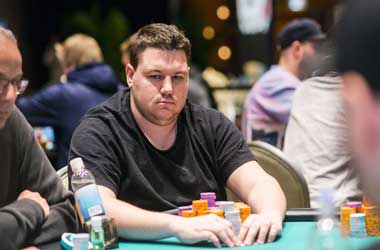 He had success in 2018 when he won the $25,000 PLO High Roller Event and took home over $1.4 million in prize money. He repeated that feat during the weekend when he had a great run at the final table that enabled him to collect his 5th WSOP bracelet and a check for $1,251,860.

The $25,000 PLO High Roller Event brought in a total of 212 entries that saw the guaranteed prize pool go to $5,008,500. This high stakes event attracted the best high stakes poker players from all over the world and the final eight players were guaranteed to take home a 6 figure payout, with the winner taking home over $1 million.

Charles Sinn was the first to go in eight place for $121,816 while Ben Lamb exited in seventh place and took home $156,387. French poker player David Benyamine went out in sixth place and collected $205,655. Veselin Karakitukov from Bulgaria played a good game but was eliminated in fifth place for $276,870 after Deeb took him out.

Deeb also ended up taking out Maxx Coleman in fourth place who had to settle for $381,394. American poker pro John Beauprez was the next to go once again at the hands of Deeb and he collected $537,295. The last two players left at the table were Deeb and Ka Kwan Lau who is a Spaniard that was born in Hong Kong.

Ka Kwan Lau also tasted success at the $25,000 PLO High Roller Event in 2019 when he finished in 8th place. He was determined to go all the way but Deeb had the final say and eliminated him in second place for $773,708.

Deeb was delighted to win his second $25,000 PLO High Roller Event and collect another 7 figure payout. His career prize money has now surpassed $9 million. Deeb said it was very special for him to win his 5th WSOP bracelet and said one of his main goals now was to surpass Phil Hellmuth who has 16 WSOP bracelets.

The 35 year old Deeb said he knows that it might take him a decade or two to get there but he will eventually get it done.