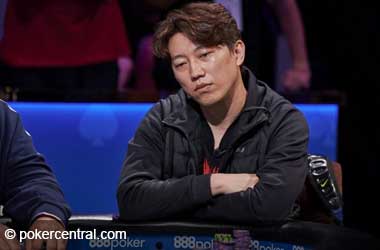 The poker community in South Korea has another reason to celebrate this year after Sejin Park captured the second bracelet for the country at the 2019 World Series of Poker (WSOP).

The fourth installment of the COLOSSUS event attracted 13,109 players, creating a total prize pool of $4,391,515 over two starting days. The first WSOP bracelet for South Korea was won earlier this summer by Jiyoung Kim after topping the Ladies Event, but Park’s victory was South Korea’s first win in an open event at the world’s longest-running festival.

The 2019 Colossus event finally came down to nine players and most of them were relatively unknown poker pros. Diego Lima busted out in 9th place taking $41,965 and the remaining eight players met again the following day to play down to a winner.

Andrew Barber was the only player at the table who had already won a bracelet. He was responsible for the first elimination of the final day. His pocket jacks overpowered Maksim Kalman‘s king-jack, sending him to the rail in 8th place for $53,925. Kapalas who was the chip leader at the start of the day pulled even further away from the other players after he eliminated Patrick Miller. Miller took home $69,767 for his 7th place finish.

With six players remaining, Brazil’s Norson Saho went all in with pocket queens against Park’s ace-five. Park eventually picked up an ace on the river, sending Saho out in 6th place with $90,838. Park then managed to take over the lead after doubling through Kapalas. The next player to leave the table was Barber who finished 5th taking home $119,072.

Juan Lopez found a double-up to stay in the game for a little while but not long after he had to bow out after he shoved his remaining chips in from the small blind with ace-trey against Park’s queen-ten which improved to a flush. Lopez walked away with $157,106 for finishing 4th. It didn’t take long for the next elimination to occur – after two hands, Ryan Depaulo exited in 3rd place and took $208,881.

Park entered heads-up play against Kapalas with a 3-to-1 chip lead. After just 13 hands, he came out on top and was thrilled to win his first bracelet. Kapalas did not get the win but he still walked away with a sizeable paycheck taking home $278,881 which was his best-ever career cashout.

Following his massive victory, Park’s total live earnings jumped to $470,982. The South Korean player is now looking forward to playing at the WSOP Main Event which kicks off on July 3.