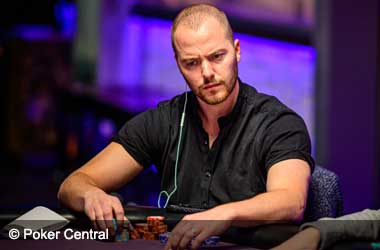 For two consecutive years, Sean Winter finished in second place in the US Poker Open (USPO) Player of the Year race.

This year, he has finally secured the title after taking down the two final events of the series.

Victory didn’t come easy for Winter. The Florida poker native had been on a losing streak since the series started, failing to cash in the first 10 tournaments. But the tide turned as he went on to win the festival’s two final events, enough to catapult him to the top spot.

Winter triumphed in the penultimate event, a $25K No-Limit Hold’em tournament, for $440,000. That win brought him closer to the USPO championship title, with Japan’s Tamon Nakamura also in contention. Winters ended his 2022 USPO journey in epic fashion after he also emerged victorious in the festival’s final event, a $50K No-Limit Hold’em tournament from which he won $756,000 in first-place prize.

Overall, Winter won close to $1.2 million from his back-to-back wins which allowed him to ultimately snatch the Golden Eagle Trophy as USPO champion. That major accolade comes with an additional $50,000 cash.

After receiving the Player of the Series award, Winter was almost speechless. He shared that he had already kept his expectations low as the festival drew to a close after failing to record any in-the-money finishes across the first 10 events. But the initial poor results also gave him the motivation to do better.

In his post-win interview, Winter also acknowledged Nakamura who also won two tournaments and cashed in four other events to amass almost $670,000 throughout the series. The Japanese poker pro settled for the runner-up spot in the USPO championship standings.

Following his huge victory at the USPO, Winter’s total live earnings have now gone up to more than $21 million. He also climbed to fifth place in the 2022 Global Poker POY leaderboard, with his total winnings so far this year now sitting at over $1.85 million. He also currently ranks fourth in this year’s PokerGO Tour standings.