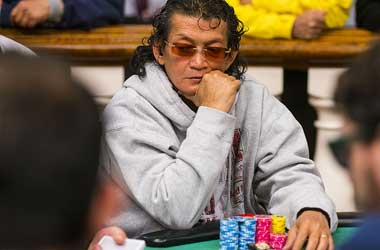 Cryptonia Poker promises to deliver transparency, privacy and fair play as it uses blockchain technology to secure its payment and play processes. The brand has just started its pre-initial coin offering (ICO) on April 10, where players can buy its proprietary token Cryptonia (CPC), for a 20 percent bonus. The pre-ICO will run until April 30, which will then be followed by the Stage 1 ICO which runs from May 1 to 30 and then Stage 2 which runs from June 1 to July 1.

Buying Cryptonia at this stage will give players the biggest bonuses and value for their money, since 1 Ethereum will buy you 11,000 CPC.

Cryptonia Poker expects to complete their ICO by July and will then start listing their coin on Exchanges. The online poker room has plans to CPC on their poker platform around the same time and will also hold their first opening tournament.

Behind the Cryptonia Poker team is a number of poker and blockchain experts. It’s CEO and founder, Lakshay Anand has been playing poker for the last 5 years. Also on board is poker pro Paul Danilov, who is active in high limit cash games. The online poker room is putting together a strong team and that latest to join their team is the Prince of Poker Scotty Nguyen. Nguyen took to Twitter to announce his new partnership with the brand.

The Vietnamese-American pro Nguyen is known for his flamboyant character and for winning five WSOP bracelets in his career. He started playing poker in 1992 and over the years Scotty has bagged trophies, titles and huge sums of money that brings his total prize money to $11,939,878.

One of Nguyen’s most popular streaks was back at the 29th WSOP in 1998, where he cashed big in three events, and then went on to win the Main Event against Kevin McBride. His 1998 victory was one of the biggest moments in poker history, winning with a nine and a Jack and his famous line, “You call, it's gonna be all over baby!”