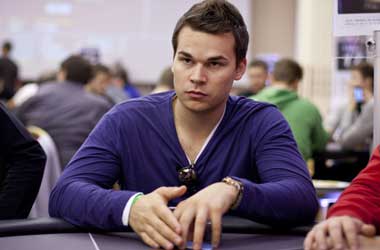 Millions of online poker players from around the world dream of having just one successful day like Sami Kelopuro.

The online poker pro from Finland, known to many as “LarsLuzak” has had a great run this month, beginning with a $235,000 profit he earned from grinding high-stakes events at partypoker’s POWERFEST on the 1st of August.

Kelopuro has been keeping his fans updated with his tournament results by updating a blog on pokeritieto.com. He first shared how he triumphed in a three-handed Pot-Limit Omaha cash game at PokerStars, his biggest pot of the year, which was worth more than $111,000. But things continued to get better for Kelopuro as his winning streak continued in August.

After his POWERFEST victory on August 1, Kelopuro took another shot the following day, playing with a different online handle “ChimneyBarrel“. He competed with an unknown player in a heads-up $100/$200 PLO table which would eventually become one of his biggest wins in a short span of time.

During the initial stages of play, Kelopuro’s unknown opponent was doing really well with the Finnish pro finding himself with $85,000 in the negative. The subsequent hands went Kelopuro’s way, leading to him winning a huge $227,000 pot with AhAc8s5c, against the AdKcKhQd held by his opponent.

That win increased his earnings to over $424,000. His opponent continued to play and kept reloading with $20,000 aiming to recoup his losses. It took eight hours for the unknown opponent to realise he could no longer afford to lose more, deciding to leave the table with over $1.3 million in total losses.

After the game, Kelopuro’s stack rose to more than $1.4 million, a profit equivalent to 65 buy-ins. He already has an idea about the real identity of his mystery opponent but he has chosen not to publicly reveal it as a sign of respect.

As standard procedure in the world of online poker, operators freeze a player’s account in the event of significant winnings. Kelopuro was initially worried whether he would get his funds but partypoker eventually cleared the full amount and he was able to receive his funds.

Kelopuro continued his winning stream in August, taking down a number of high-stakes tournaments in the live arena. His wins came at events where the buy-ins ranged from $5,000 all the way up to $25,000. He won five events and finished as runner-up in three events, earning him over $400,000 in prize money.