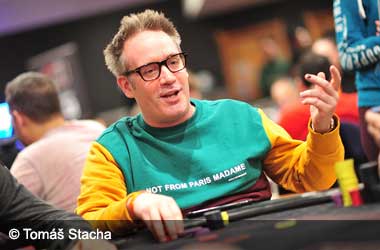 Fresh off from clinching a runner-up finish in Triton Series Event #3: $50K NLH 6-Handed at the Mediterranean Poker Party in Cyprus, Sam Grafton has had another good run but this time around, it came with a title.

The British poker pro emerged victorious in the $200,000 Coin Rivet Invitational, a win that earned him a massive $5.5 million in top prize, his largest live score to date, dwarfing his previous highest cash of $1.5 million. This latest victory also gave him his first ever Triton title.

The tournament was comprised of a mix of poker pros and recreational players who are some of the biggest names in the world of poker, including Dan “Jungleman” Cates, Fedor Holz, Paul Phua, Phil Ivey and Tony G.

Nine players made it to the final table, with Dutch poker pro Tom Vogelsang becoming the first to bust in 9th place for $620,000. Leaving next was Seth Davies who fell in 8th place after taking a bad beat. The American poker pro earned $770,000 for his efforts. The tournament’s first seven-figure prize went to Finland’s Elias Talvitie who ended his bid in 7th place for $1,050,000. Following him to the rail was Latvia’s Aleksejs Ponakovs who finished 6th for $1,350,000.

Last week, Americas Cardroom Team Pro Ebony Kenny won her biggest cash worth $240,500 after finishing 5th in the first Triton event, a $25K NLH 8-Handed tournament. Now, Kenny has a new high score to boast – a cool $1.7 million – coming from her 5th-place finish in the Coin Rivet Invitational. With her incredible performance, she almost set a new poker record for the biggest live tournament cash ever by a female player.

A heads-up battle then ensued between Grafton and Swiss poker pro Linus Loeliger, with the former holding a significant chip lead.

Sam Grafton managed to maintain his dominance all throughout to secure the $5.5 million top prize and his first Triton title. He may have not won the entire thing, but Loeliger still emerged as a big winner with $3,900,000 million for finishing in second place.